How do you realise the best possible customer experience and generate the highest levels of investment in a privatised rail market while public authorities are urgently and passionately pursuing their ambitions to increase sustainable travel, improve modal integration and regenerate communities? According to Amanda White, Head of Rail at Transport for Greater Manchester (TfGM), that is the dichotomy currently facing many areas of the U.K. and all eyes are on Greater Manchester as they deliver on their game changing devolution deal. 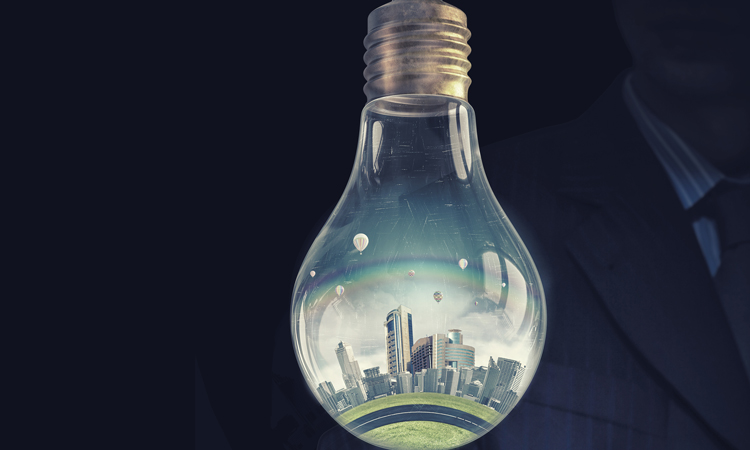 Greater Manchester and its population of 2.7 million lies at the heart of the UK’s much heralded Northern Powerhouse. Our economy is expanding, new jobs are being created and the need for an integrated and modern transport network is fundamental to our continued regional prosperity and the fulfilment of ever increasing customer expectations.

Devolution for Greater Manchester provides the opportunity to achieve a transformation in connectivity across all travel modes enabling the region to thrive and prosper in an ever competitive global market.

Its 10 local authorities have worked in partnership, shaping city infrastructures in the form of massive light-rail enhancements, with Metrolink now carrying 34 million passengers a year; multi-modal interchange and route improvements; cycle network upgrades; and the introduction of the Leigh Guided Busway. Greater Manchester’s Transport Fund is currently delivering a capital investment of £1.5 billion – the biggest in the U.K. outside of London.

Greater Manchester has 97 heavy-rail stations and they do exactly what they say on the tin: they fulfil their basic role as train boarding and disembarking points serving 25 million journeys a year. They could, however, be more than that; they could become central and pivotal community regeneration hubs.

In the majority of cases, management and operational responsibility for rail stations in Greater Manchester resides with three of the region’s train operators, while Network Rail – the country’s infrastructure provider – oversees operations at Manchester Piccadilly.

It is fair to say that an inconsistency exists in terms of the facilities provided, customer experience and levels of investment and development.

Enhancements have been made to some of the estate through a variety of funding mechanisms, including £26 million from TfGM since 1997.

Equally, there are examples where not enough has been done and Greater Manchester’s rail customers have not benefited from enough progression, with many facilities being left underdeveloped and unloved.

This inconsistency of development is down to the fragmented structure of the rail industry that has erected barriers to long-term investment. There are limited funding cycles and it is difficult for operators and infrastructure providers to deliver long-term value. Furthermore, it may be argued that inefficiencies in spending exist and a new way of thinking may well achieve more from the same level of expenditure.

Stations are often seen as the ‘Cinderella’ of the industry simply supporting the train service as a point of entry. As such, assets are under-utilised and there is little consideration given to how stations can return greater value to the local community and wider economy, especially in the longer-term.

There is, however, a new opportunity and, as the fairy tale suggests, ‘Cinderella’ may not just go to but will be the belle of the ball.

A new way of thinking is prevailing with TfGM exploring new delivery options and projecting a pathway for investment and community relevance that transforms usage, experience and customer satisfaction.

An innovation in thinking exists that, if delivered, could re-imagine a simple train station as a hive of community activity, buzzing with local involvement and ownership.

The 2014 Greater Manchester Devolution Agreement allows the possibility of short-term leasing arrangements to be replaced by very long-term agreements of more than 100 years, with TfGM as the managing tenant. This opens up additional funding and investment channels and allows and ensures that assets and facilities are fit for purpose, not only on their initial deployment, but for years to follow. Efficiencies are created through enhanced strategic thinking and decision-making around station usage and management.

This new way of delivery will mean the Greater Manchester station portfolio will have the very real possibility of developing into the best of their kind in the U.K. and even further afield. An excellent station will do more than act as a rail gateway and future success will be measured on a range of indicators from revenue generation through to community engagement.

TfGM, as part of the wider Greater Manchester ‘family’ of local authorities, is uniquely positioned to act not only as a multi-modal provider, but also a community regenerator and place maker.

Excitingly and importantly the drive for a new way is more than just an administrative change to the current arrangements; it’s a fundamental change that paves the way for much greater customer and community benefit. It unlocks many underutilised station-based assets and could well transform the travel experience of millions of passengers. 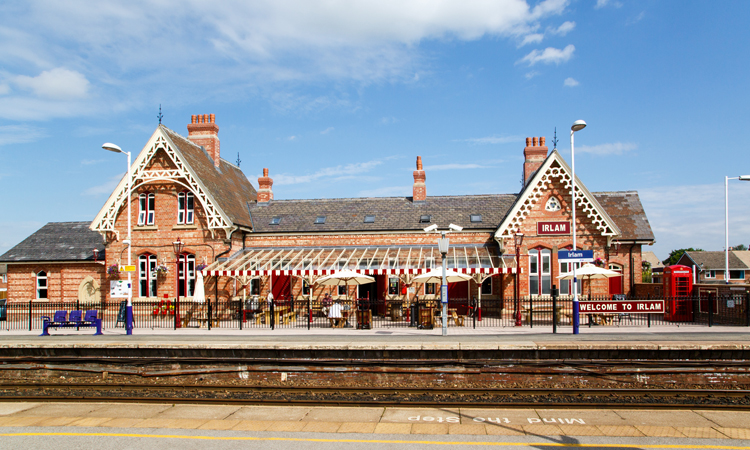 Irlam is the busiest un-manned station in Greater Manchester and in 2014/2015 benefited from a £2 million upgrade that has seen the previously unused station building transformed with the introduction of a local enterprise café, passenger waiting facility, new toilets, community meeting room, a cycle hub and a brand new 60 space car park, coupled with much improved station lighting and security features, creating a safe and welcoming environment

So what does Cinderella’s glass slipper look like, what does the future hold?

Vacant and derelict land and empty building space at stations is a common sight. With a long-term plan and investment model, new life can be breathed into these once vital community assets. There is no set plan or formula and no ‘one size fits all’ but it is well within the bounds of achievability that new affordable housing could be built; post offices, pharmacies and health facilities incorporated; community spaces provided; and, for instance, shared vegetable gardens grown and staging areas provided to showcase local artistic talent.

Stations could be community hubs driven by local needs and interests

They could become the birthplace of new independent businesses supporting local economies and encouraging entrepreneurs to invest in areas that have previously been inaccessible and unattractive.

By leveraging TfGM’s multi-modal influence, stations will become integral to a customer’s total journey. Train travel will no longer be isolated and detached from the road, bus, tram and active travel networks. Travel information will become customer focused, rather than mode specific, and will provide essential detail that gets passengers to their final destination not just to the buffer stops.

Schemes are being developed to remove complicated ticketing arrangements and make public transport smarter and easier. We recognise the value customers place on expert assistance and we recognise that staff want to work and will perform better in rewarding environments where they are given the opportunity to deliver great customer service.

Customers, of course, expect nothing less than safe, inclusive and comfortable stations – that is the minimum standard that TfGM will provide – but the opportunity is greater than that. The opportunity is for stations to be community hubs where train stopping is only one element of their purpose.

A tenant with a very long lease will shift the current maintenance approach from ‘spot and fix’ to ‘continually assess and prevent’, eliminating the need to wait to ‘mend the broken bench’ until the next funding cycle arrives. It also ensures that investment does not come in peaks and troughs, typically at the start of operator franchises or within defined budget periods. It means expenditure can breathe and investment can realise its true value over many years, rather than in shorter time periods.

Public interest is at the heart of TfGM’s thinking and the plan to drive continuous improvement centres around customer and community engagement. The new way of thinking encourages passenger feedback and will deliver change and improvement based on user experience. This inclusivity is sure to widen the value of stations to the Greater Manchester communities. Rail passengers and local community members will become real and contributing stakeholders.

Rail stations should be relevant to the communities they serve and they should act as a catalyst for local and individual growth. Many have not remained relevant and have not kept pace with the changing communities around them. In the future TfGM seeks to deliver stations that can, for example, become training and skills development sites and in themselves generate routes back into the workplace. They will become inclusive environments not only addressing accessibility needs but community hubs that offer social enterprises a platform for success.

The vision is not simply philanthropic, it makes economic sense. Revitalising the commercial offering and attracting new businesses to the previously disused spaces will provide a rental income that can be delivered back into the Greater Manchester transport budget ensuring the overall offering improves year-on-year.

I believe that Greater Manchester’s devolution powers provide a once-in-a-generation opportunity to create a new and more effective model of station operation. The new way will drive value, accountability and stability for customers, communities and tax payers.

By 2040 the region’s population will have grown further – there will be an additional 350,000 jobs and just under a million extra journeys a day will be made on the Greater Manchester public transport network.

The proposals and investment models currently being discussed between TfGM, government and the rail industry represent a step-change that will lead to improved connectivity and economic growth, local regeneration, increased community inclusion and a much improved customer experience.

It really is time for Cinderella to go to the ball.

Amanda White is Head of Rail for Transport for Greater Manchester (TfGM). She is responsible for working with train operators and infrastructure providers to promote an integrated and fit for purpose rail network that makes travel easier. Amanda also works with Rail North and Transport for the North to improve rail franchises and develops strategies for future rail growth. She started her career as a Graduate Electrification Engineer and has held senior engineering roles at both HS2 and Network Rail. 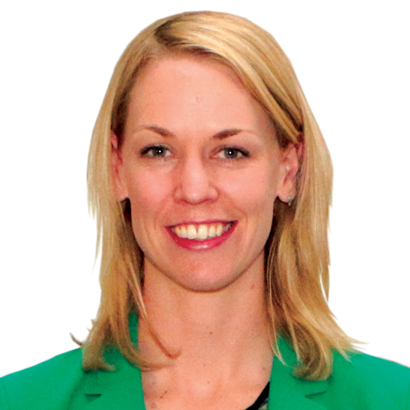 Rapid EV charging network to be rolled out across Birmingham