Adapting to meet demand: the railways in and around Prague

‘Esko’ is a set of metropolitan railway lines in the territory of the city of Prague and Central Bohemia which are mainly operated in regular-headway mode, providing fast, convenient connections between the capital of the Czech Republic and the Central Bohemian Region. Esko also complements the public transport system as a whole in Prague. Most sections of Esko lines are included in the Prague Integrated Transport System (PID), which means that passengers can use the same tickets they use for other public transport modes. Miroslav Valenta is a Specialist in the Transport Planning Department at ROPID – the coordinating agency for integrated transport – and in this article he shares how Esko has evolved in recent years, as well as its plans for the future. 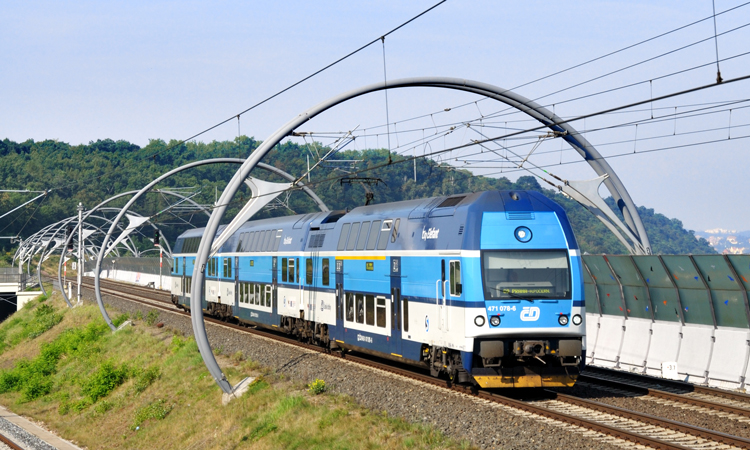 The first signs of change in the organisation of commuter rail services, in terms of implementation of the cycle operation, had already taken place in the 1980s and were based on foreign models. In 1983 the railway line from Prague to Kolín introduced passenger trains in a regular cycle of 60 minutes and, at peak times, shortened to 30 minutes. After initial problems, especially with train delays, this was further expanded to another important route from Prague to Benešov. An easily memorable timetable and an increased number of trains were perceived in a very positive way by passengers.

An important impetus for the development of the commuter railway was the construction of the ‘New Connection’, linking the railway station in the city centre which initiated a significant increase in the line capacity in the metropolis. In 2008 it was possible to increase the number of trains in Prague by 33%.

The Esko system currently integrates 28 railway lines on which it operates 35 regular and three tourist lines. In terms of passenger numbers, radial electrified tracks leading into Prague are the most significant, with a smaller number of passengers using non-electrified single track radials and regional lines in the central region. Two basic types of lines are defined in the Esko system – S lines, which are passenger trains stopping at all stations, and R lines, which are express trains (or fast trains) that make up the fast segment of the regional transport network.

Trains in Prague and Central Bohemia are mainly operated by the national operator, Czech Railways – but some lines are operated by the private operator, KŽC Doprava. A total of 238 railway stations form part of the PID system – 46 of which are in Prague. Passenger numbers have been growing constantly – for example, in 1999, 8,093,000 passengers used railway transport in Prague; in 2003, the figure was 16,032,000 passengers; in 2008, 25,593,000 passengers; in 2011, 29,320,000; and in 2015, 36,669,000 passengers. During the 17-year-period there was an increase of more than 450% in passenger numbers. A relatively significant influence has been an increasing proportion of passengers using integrated tickets which can be used on other routes of public transport and commuter buses around Prague. Since 1999, the share of the PID integrated tickets on trains grew from 37% to 73% in 2015.

Due to the increasing number of passengers, the trains integrated in the PID are faced with capacity problems. Efforts are being made, in collaboration with the carrier, to address these problems. The necessary increase in the number of trains means that it is essential to purchase brand new vehicles for which co-financing from EU funds is expected. These will be single-deck electric units with a capacity of 650 seats and motor units with a capacity of 120 seats. Only after the delivery of new vehicles, together with the expected development of infrastructure, which has also reached its capacity limits, will it be possible to further shorten the peak periods, to increase the capacity of each train, or to introduce entirely new lines.

Vehicles of dependent traction – operated exclusively on the lines electrified by a system with 3 kV DC voltages – operate five strong radial routes from Prague to Central Bohemia. These lines are catered mostly by double-deck units of series 471 ‘CityElefant’ by Škoda Transportation, which were supplied between 2000 and 2012. Seventy of these units operate in Prague. Only during peak hours are the 50-year-old electric units of series 451 and 452 used. On the non-electrified lines, motor units of series 814 ‘Regionova’ or modernised motor vehicles of series 854 with trailer cars are used. On local routes in the Central Bohemian Region motor cars of series 810 from the 1970s and 1980s are deployed.

The double-deck electrical units of series 471 are designed for fast high capacity commuter transport around major cities on the lines electrified with 3 kV DC voltage. The unit consists of an electric car of series 471, an intermediate car of series 071 and a driving car of series 971. This unit is indivisible. The front-ends of the engine and driving car are equipped with automatic couplings that allow linking up to four units, which are controlled from the engine driver’s post. Fast boarding and alighting of passengers is enabled through two sliding double doors with widths of 1,340mm on each side of the car, and level entrances at a height of 550mm above the top of the rail. The first class section is located at the upper floor of the motor car, which features more comfortable seats and 230V sockets. The unit is fully air-conditioned.

The unit of series 814 is designed primarily for regional transport on non-electrified lines. It was created by the extensive modernisation of a motor car of series 810 and a trailer car of series 010 from the 1970s and 1980s. The modernisation created a two-piece or three-piece unit Regionova. Reconstructions have been carried out by Pars Šumperk since 2005. One car in each unit is partially low-floor.

Currently the metropolitan train lines run on various routes. Some of the routes are electrified; some of them underwent modernisation – at least in some sections; while other routes are expected to be modernised in the future. A major problem, especially with radial lines, is their lack of capacity, as it isn’t possible to reduce the intervals to the desired value – on the busiest routes this is 10 minutes – which is a competitive value even with conventional public transport.

A number of modernisation projects are underway, including:

Modernisations of other routes are also planned in order to increase the volume of traffic. Other conceptual plans include the construction of new, or relocation of existing, railway stations in order to maximise the accessibility of rail transport to passengers, as well as the introduction of a fast regional transportation segment, enabling express trains to provide a fast connection of major territorial units with Prague.

Even now, following the completion of the modernisation of some tracks, it is clear that with the increasing attractiveness of commuter railway transport (relatively short travel time; inclusion in the PID integrated transport system; construction of new stops; shortening of intervals) as well as the significant increase in the scale of long-distance transport, some lines are again reaching the limit of their capacity. Given the relatively significant increase in long-distance transport, the need for segregation of regional and long-distance transport is becoming a necessity. The solution is not merely further modernisation, but the construction of entirely new tracks which, in addition to an increase in line capacity, would also bring an improvement in the organisation and flow of traffic. A segregation of long-distance and regional traffic will increase the track capacity and variability of the timetable preparation, i.e. ensuring regular intervals including a good quality model of clear passage through Prague, which is currently implemented only on some routes.

The aforementioned parameters can only be achieved through the construction of new lines labelled ‘Fast Connection’ or ‘FC’ (similar to high-speed lines). These new routes will allow clearing of long-distance transport from the existing lines, thereby increasing their capacity for regional transport.

Due to a significant increase in rail traffic during the implementation of the aforementioned Fast Connections and the limited capacity of lines in the city of Prague (FC projects only address the integration into existing lines in Prague), it is necessary to pay attention to the increase of capacity of the Prague railway intersection itself. The solution is construction of the New Connection 2, whose basic principle is to divert some of the regional transport routes into a new tunnel under the city centre, which will free-up space in the main railway station for long-distance transport. The construction of new underground lines in combination with FC lines would fundamentally change the possibilities of rail transport in and around Prague. This could result in a significant shortening of intervals of commuter (and city) trains; fast regional lines for servicing of remote locations of the Central Bohemian Region and neighbouring regions would be set up; and a sufficient capacity for long-distance domestic and international transport would be provided, also for freight transportation.

Miroslav Valenta is a Specialist within the Transport Planning Department of ROPID for railways and graduated from the Faculty of Transportation within the Czech Technical University in Prague in 2009. Since 2009 Miroslav has worked at ROPID as Railway Quality Standards Manager and, since 2013, as a Planning Specialist for the suburban railway system ‘Esko’. 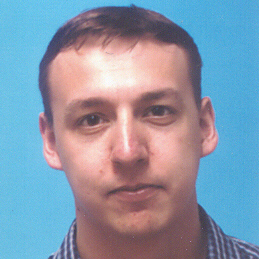