Making the ParkShuttle ready for the future

In November 2016 the Rotterdam The Hague Metropolitan Area (MRDH) and Connexxion agreed to continue to run services of the driverless ParkShuttle system at Rivium Business Park until the end of 2018. The system carries over 1,200 passengers per day. Despite the fact that the vehicles are currently 13 years old and have clocked over 200,000km each, passenger satisfaction with regards to reliability, operational hours, waiting times and passenger information remains high. In this article Peter Krumm, Head of Strategy and Innovation for Transdev Nederland, divulges the secrets to their success as well as their ambitions for progress in the future. 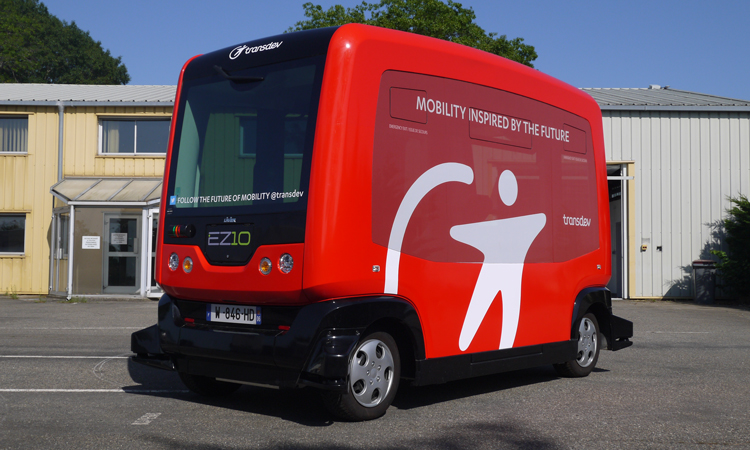 Adding new features to the ParkShuttle

Over the course of the next two years MRDH and Connexxion have agreed to create a ‘field lab’ with the objective to pilot new features for the ParkShuttle operations. Based on a continued operation with the ParkShuttle and the expertise of Transdev in operating multiple autonomous vehicles we expect to introduce a number of new features in the upcoming years.

For Transdev autonomous vehicles are an integral part of our plans to provide tomorrow’s public transport and mobility in general. Today’s transportation landscape includes accidents, congestion, pollution, stress, parking issues (both a lack of parking and the space needed for parking structures), and expensive infrastructure that requires repairs, improvements and additions. Autonomous vehicles represent the solution as we shift from privately-owned cars to shared vehicles. Based on our experiences with demands of both passengers and transport authorities, Transdev has focused its offering on the following:

As a multimodal mobility provider, fleet management is one of the core competences of Transdev. The company’s proprietary fleet management system includes an optimised communication control centre from which every aspect of the autonomous vehicles fleet can be dispatched, monitored and adjusted remotely. This centralised hub is monitored 24/7 by expert staff and offers the ability to predict and accommodate mechanical, weather, traffic and other issues while monitoring and addressing vehicle health to ensure maximum passenger safety.

Even the most comprehensive system won’t function optimally if it fails to meet the needs of its users. The Transdev connected autonomous vehicles smartphone application enables passengers to manage the details of their trips and obtain relevant and real-time information about a vehicle’s status. It provides on-demand requests for service and real-time vehicle location information in a user-friendly and customisable format. From the perspective of Mobility as a Service (MaaS) the interface enables passengers to manage reservations, pay fares and monitor real-time information before and during a trip. In the customer interface Transdev has managed to incorporate experiences obtained in other mobility innovations, such as MaaS and on-demand propositions.

Part of the challenge of establishing an optimally autonomous vehicle fleet is providing it with the ability to adapt to the ever-changing needs of its passengers and the environment in which it operates. Traffic, weather and passenger volumes fluctuate and create different demands that an autonomous mobility system must address. Transdev’s proprietary Decision Engine is a proven, piloted technology that enables the system to ‘think’ and react in real-time. With over 25 combined years of engineering, it dynamically matches passengers and vehicles and incorporates traffic, city landscapes, and other key local components to ensure the system uses the most efficient routing possible. The dynamic engine builds on experiences with Split in Washington DC, Kutsuplus in Helsinki, and Abel in Amsterdam.

One of the new features includes the possibility to use a third generation automated ParkShuttle for the extension of the ParkShuttle concession and renewal of the application. In a previous issue of Eurotransport1, 2getthere2 mentioned that it was in contact with the city, MRDH and Connexxion about using the first prototype of a third generation vehicle.

From an operator’s perspective it would also be interesting to test vehicles from other manufactures on the route during the course of the extension. The million dollar question is: How do other vehicles, designed for use on the open road, act on the ParkShuttle infrastructure? Such an experiment could also provide relevant information for the other locations in the MRDH investment programme for autonomous vehicles.

In addition to adding new features in the next two years, the intent of the city of Capelle aan den IJssel is to renew and extend the system by late-2018. The extension of the route will also include parts of public roads where the ParkShuttle will then operate amongst manually driven traffic. One of the new features is the possible use of 2getthere’s third generation automated vehicle. The regional investment programme of the MRDH also includes the realisation of a new multimodal transportation hub, Rivium-Campus. Decisions about this new hub are expected to be taken by the end of 2018. Extensions of the route will open up more opportunities for dynamic routing of vehicles and for more control for customers. By increasing the services to customers, renewing and extending the system, the ParkShuttle is more than ready to continue its success.

With CityMobil1 (2006-2011) and CityMobil2 (2014-2015) Transdev worked with shuttles supplied by EasyMile. These offered free transportation in the city. Operating like a bus service, the shuttles arrived every five or 10 minutes on two different routes. The demonstration was a great success. Another major project was the introduction of all-electric autonomous shuttles, supplied by Navya, at the EDF site in Civaux. Covering 2.4km, the route is mapped out with GPS units that communicate with each vehicle and operate using a special algorithm. Owing to constant improvements in the programme, these Arma shuttles can take themselves to the induction stations to recharge their battery, or offer a more frequent service at peak times. The vehicles increase on-site mobility and, as a result, staff productivity. The reduction in employee wait time increases productivity for the Civaux power plant; savings which are currently estimated at close to €3 million per year.

In Auvergne, Transdev has introduced two EasyMile EZ10 shuttles serving the Michelin R&D centre in Ladoux. Customers can use an app to keep informed of the shuttles’ locations and waiting times. In December 2016 Transdev and EasyMile launched the Astucio (EZ10) that transported people on the Seine-Maritime quay in Rouen between 17 December 2016 and 15 January 2017.

Peter Krumm is Head of Strategy and Innovation for Transdev Nederland. His key challenges are in developing and launching real-time on-demand mobility, Mobility as a Service and autonomous vehicles in public transport. Previously Peter worked for Dutch Railways and ProRail. Before joining the public transport sector Peter worked for a corporate finance and strategy boutique. Peter has a PhD from Delft University and graduated at University of Twente. 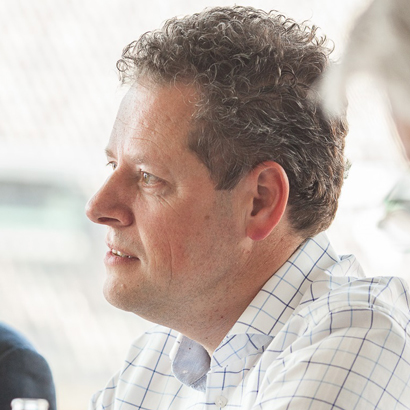