British Transport Police (BTP) officers have been successfully patrolling London’s Night Tube since its launch in August 2016. Every Friday and Saturday night the Force deploys extra police officers providing a high visibility presence at key locations on the network. As the BTP’s Inspector Dominique Ioannou and Superintendent Chris Horton explain, police presence is crucial to keep crime and the fear of crime low on the new and popular 24-hour Tube service. 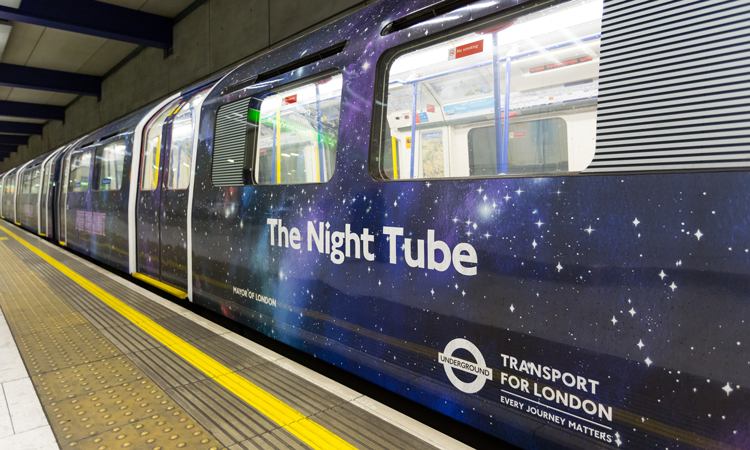 The BTP were preparing for the launch of the Night Tube ever since the announcement was made in 2014, and research was conducted of similar overnight underground services across the globe so that officers could gain insight and learn from industry best-practice.

“The policing model for Night Tube services sees a permanent presence at key stations identified through BTP analysis, and mobile teams who travel the lengths of the network,” explains Inspector Dominique Ioannou. “Our main priority is keeping people safe. We want people travelling on the rail network at night to feel confident. It was therefore crucial that we recruited extra police officers in order to ensure there is a visible uniformed presence across the network on Friday and Saturday nights.”

There is also a network of BTP ‘rapid response’ vehicles across London which are in place to ensure officers are ready to attend any incident as quickly as possible.

Inspector Ioannou continues: “Our presence is also backed-up by CCTV cameras across the network, which is supported by the London Underground Control Centre. This operates 24 hours a day, seven days a week. The Control Centre operators work closely with us to respond to any incidents that may occur.”

The Night Tube has been a great benefit to the whole of London – and the Force works closely with the Metropolitan Police Service, London Ambulance Service and Transport for London (TfL) to ensure the Underground remains a low crime environment.

“Not only is the Night Tube great for the night-time economy, but it also allows people who work late into the night and early morning to get to and from work without the worry of missing the last train home,” says Inspector Ioannou. “And for those people travelling out of London and going to the end of the line, people can be reassured that those stations will be regularly patrolled by officers on Friday and Saturday nights to reassure passengers and staff and to prevent crime and anti-social behaviour.”

Superintendent Chris Horton – the Commander responsible for policing on the Underground – adds: “Preparing for the Night Tube and making sure it was a success for London was a top priority for the British Transport Police. To date, and since the launch of the Central line, Jubilee line, Northern line and Piccadilly line, the policing model has delivered a safe, low crime environment for those using the Night Tube, with an average of seven crimes committed each weekend since the initial launch.”

Superintendent Horton continues: “Our highly visible and engaging presence across the Night Tube network helps keep crime and the fear of crime low. It is essential we continue to work with partners to keep it that way. We have BTP Police Community Support Officers out on the network to assist passengers, and support police officers, as required.

“Sexual Offences were of particular concern to the public and we have addressed this by actively hunting those who commit this type of unacceptable behaviour on the transport network,” explains Superintendent Horton. “So far six sexual offences have been recorded since the launch of the Night Tube which means that women are no more likely to be a victim at night than during the day when using the Underground.”

But Superintendent Horton says that they cannot be complacent: “As the popularity of the Night Tube services continues to grow, we will work with TfL and partners to adapt our policing model to keep crime and fear of crime as low as possible. British Transport Police continue to deploy around 100 uniformed police officers per evening to police the Night Tube. We also deploy specialist resources to catch those intent on committing crimes such as sexual offences and pick pocketing. The network’s 22,000 CCTV cameras are monitored by dedicated police staff to help us protect the public and catch criminals.”

The Night Tube – why?

The new Night Tube service has been made possible thanks to the continued modernisation of significant parts of the Underground network and improved levels of reliability. Independent research into the economic benefits of the Night Tube found that the service will boost jobs and help maintain London’s status as a vibrant and exciting place to live, work and visit. The Night Tube reduces night-time journeys by an average of 20 minutes, with some cut by more than an hour. The Night Tube also plays a vital role in opening up London’s night-time economy, supporting almost 2,000 permanent jobs and boosting the economy by £360 million. The 24-hour Tube service has proved popular as there has already been over half a million users of the Tube after 22:00 on Fridays and Saturdays.

The Night Tube – noise and disturbance

Transport for London (TfL) are aware of the potential of additional noise and disturbance created by the Night Tube. Therefore work is ongoing to reduce noise from the tracks and TfL continues to work with residents to investigate any issues in this area. TfL also ensure that any station announcements do not cause excessive noise levels. There is a continual programme to deliver upgrade and maintenance work, and when possible, this work is carried out overnight between Sunday and Thursday on the Night Tube lines.

Dominique Ioannou joined the British Transport Police (BTP) in 2004 following in her father’s footsteps who spent 22 years with BTP. After months of training in Ashford, she joined the BTP team at Reading Railway Station as a PC. Dominique had an exciting start to her career, with many arrests and was lucky enough to be involved in policing large events including Reading Festival, Henley Regatta and countless football matches. After being promoted to Sergeant, Dominique worked on various teams within London including a Tasking Team at Euston. On promotion to Inspector Dominique has worked in several roles including Officer in Charge of Reading, CCTV, and most recently the TfL Stakeholder Support role based in Central London.

Chris Horton was the Superintendent for Offender Management with strategic responsibility for Offender Management, Justice and Custody before he was appointed the Transport for London Sub-Divisional Commander. Christopher was previously an Inspector at West Ham station for two years as well as being a Chief Inspector on the London Underground. He is also currently the Force’s strategic lead for the Integrated Systems Programme and the Next Generation Mobile project, which will deliver a new mobile solution to frontline officers to support new ways of working.