The world of testing is a serious one, and one that is relied upon in both product development, and post-development in vehicle type approval. Here Sara Carter, of the iQ Research Centre of Excellence, based in Q’Straint’s UK Headquarters in Whitstable, explains how the facility is making a difference to the lives of wheelchair users worldwide. 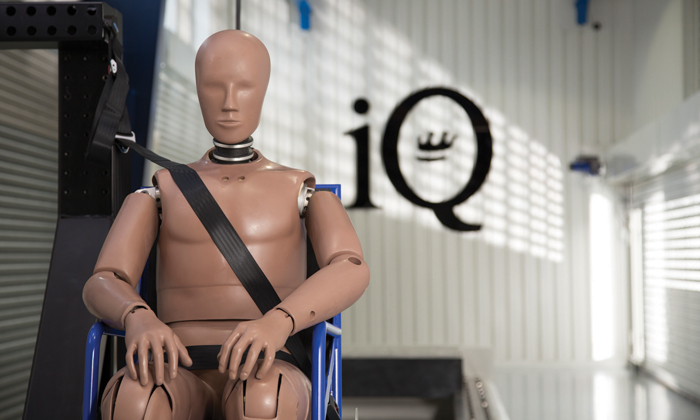 When manufacturing wheelchair restraint systems, safety must be at the heart of the operation. For this to be assured, many rounds of testing will need to occur, but the testing process itself can be costly and far from time efficient when you have to use external facilities.

In order to navigate this, the iQ Research Centre of Excellence was opened in 2014. The facility took a year to build, and is housed at Q’Straint’s European headquarters in Whitstable, enabling all the wheelchair restraint testing to occur in-house.

When launched initially, the centre housed a dynamic testing suite; an acceleration-based sled that can carry a wheelchair, plus dummy, from 0-60mph in a tenth of a second. Utilising the best in technology, the centre contains a HYGE dynamic crash simulation system. As one of only around 60 in existence worldwide, and one of only 3 in the UK, the system is a rarity. Head of the iQ Centre of Excellence, Mark Easton, explains: “Our set up is a wheelchair with a dummy secured facing backwards on the sled. This testing method – where high G-force is applied as the sled accelerates – gives an accurate result at all times.”

The sled itself houses Luminys Sunblast LED lighting units, rather than needing to fit separate lighting gantries. This approach was taken after consideration of all the options available and to ensure that the best lighting is available to suit a full range of testing scenarios. The lighting system, along with the Phantom L320S camera, provides intense illumination, recording the test at 100,000 frames per second, capturing a full, in-depth and slow motion account of the test. 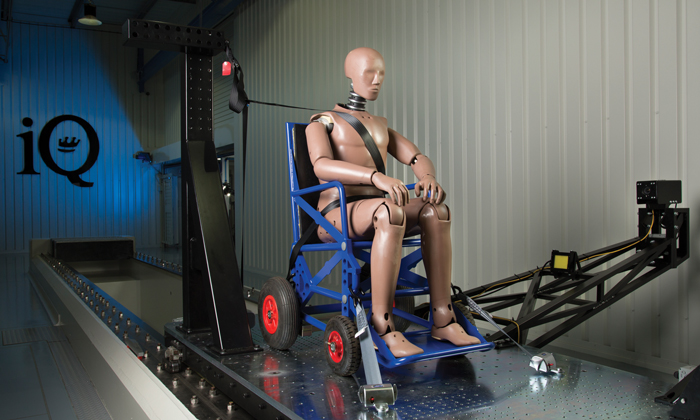 The Centre’s acceleration-based sled can carry a wheelchair, plus dummy, from 0-60mph in a tenth of a second

A second test area was opened in 2015, housing the world’s first Servo-Electric Full Vehicle Seat Belt Anchorage (SBA) Test System. This facility included a fully equipped vehicle preparation area and flexible fixturing system capable of delivering static pull force of over 6 tonnes to vehicles of up to 7.5m in length. This equipment is also the first electrically-actuated pull tester of its type in the world, which gives Mark and his team a much finer level of control.

Because the system also includes a large samples support frame, it is also possible to test larger vehicles and several rows of passenger seating at the same time. This enables the team to test and deliver the next generation of solutions for wheelchair accessible vehicles across minibus, community transport and public transport vehicles.

Surrounded by a team of experts

Although the facility is primarily used for research and development into the next generation of safety systems for wheelchair passenger travel, the iQ Research Centre of Excellence is also used by other companies around 25% of the time. For this, the team are on hand to advise on the best formations of restraint systems, layout of vehicles, or whatever else may be required of them. The safety of the passengers as end users is ultimately what everyone is working towards, and this is always at the heart of everything done at the iQ Research Centre of Excellence.

With products released into worldwide markets, the iQ team are familiar with both local and international standards and regulations affecting wheelchair security and vehicle type approval. 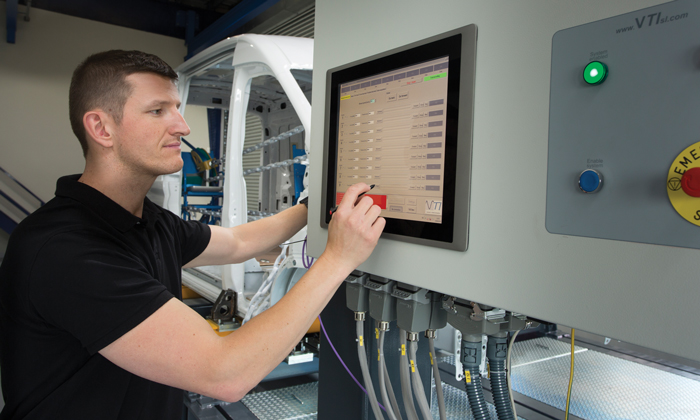 Mark Easton, Head of the iQ Centre of Excellence

Leading the field in both innovation and development, Q’Straint utilises its in-house facility to reduce the time needed for developing and certifying new products to ISO standards. Allowing up to eight tests a day can dramatically reduce the time it takes to bring a new product to market, as Mark Easton explains: “Any new components developed by our colleagues in the UK or the US can be tested immediately, gaining fast and extremely accurate results.”

This has been proven with a range of products released by Q’Straint since the launch of the facility, including Quantum; the industry’s first fully automatic rear-facing wheelchair securement station for public transport. Tested in-house, these devices can now be seen in action on public buses across the globe, from Sweden to Texas, increasing the safety and security of wheelchair users worldwide.

With the numbers of public and private vehicles on the road continually rising, and wheelchair accessible vehicles (WAVs) reaching highs of 30,000, as recorded by the Research Institute for Consumer Affairs (RICA) in 2016, wheelchair securement device testing is critical in ensuring the safety of all those on the road.

It has been well documented over the past few years that the public transport system in the UK is not yet as wheelchair friendly as we would all like it to be. With around 5 million wheelchair users across Europe, the iQ Research Centre of Excellence is working alongside both public transport providers and coach and bus manufacturers worldwide to increase safety and confidence in using the public transport networks available. 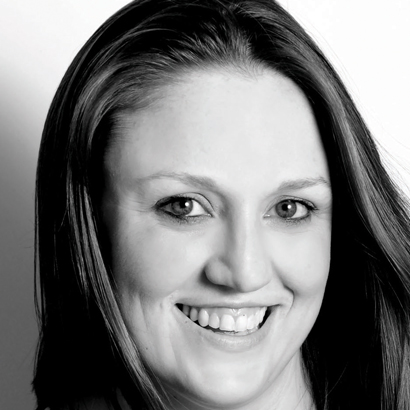