Why the convergence of new technologies is the future of mobility 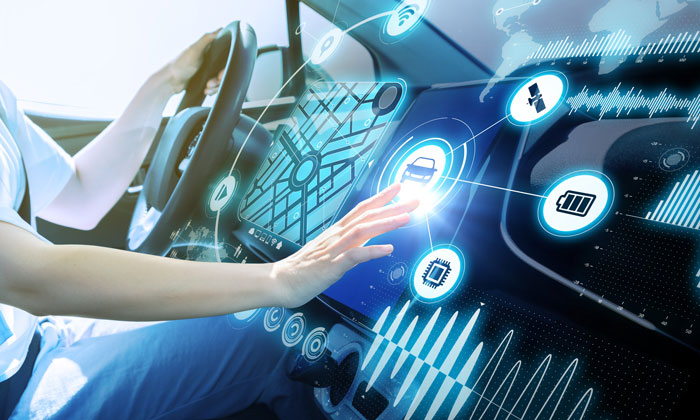 The automotive industry has been heavily influenced by a few key technology trends that have the potential to change its current structure, ecosystem and value proposition. Increasingly, the industry is shifting away from the car-as-a-product to the car-as-a-service.

The first technology trend is the boom in the number of connected devices. Every meter, every household and every person will be connected by 2025. Currently, more smartphones are sold annually in comparison to cars and the growth of devices increases five times quicker than the population growth. The connected devices universe is expected to rise from current estimates of less than 5 billion to 80 billion by 2025. This will facilitate connected car communication as well as evolving new mobility services. Connectivity will serve as the platform that is required for all future digital services.

The second key trend is the evolution of artificial intelligence (AI). In a world of cognitive AI, machines will be able to make decisions simply with more insightful, real-time data enabling them to react in a more human fashion.

In the future, cars will also be cognitive – not only will they recognise voices and be able to optimise the journey, they will also incorporate other cognitive technologies of AI, such as computer vision and machine learning. This will change the future of cars, challenge traditional business models and create immense potential for innovation.

The first step in this journey is the automation of cars. Frost and Sullivan forecasts 8 million semi- and highly automated vehicles to enter the market within the next 10 years. Legislation will be the primary determinant of technology commercialisation. While there continues to be ambiguity concerning legislation related to autonomous vehicles, fully automated cars are expected to be commercialised by 2030, representing an annual revenue opportunity of $60 billion.

Commercialisation of autonomous vehicles is expected to impact a multitude of people. For instance, it is estimated that nearly 300,000 drivers in the trucking industry could lose their jobs due to automation. The entire landscape as well as the future of cities will inevitably change. 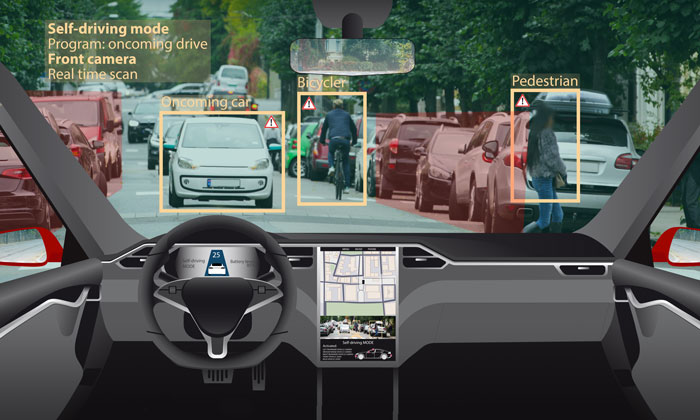 Autonomous cars will be able to recognise hazards and react accordingly.

The next trend relates to how the concept of ‘smart’ is evolving in various industries. In the context of the automotive industry, cars will be just a part of the overall equation in the future. In a truly smart city, cars will ‘talk’ to each other as well as to roads, crosswalks, tollways and parking structures; their corresponding infrastructure. Vehicles will be programmed to keep a safe distance from each other, while crosswalks will alert the car to slow down if there is a pedestrian. Cars will update each other on real-time traffic. Technology underpins this movement toward ‘smart’, be it smart cities or smart mobility.

An example of the first step toward smart mobility is a pilot project in Manila. The city is collaborating with the World Bank and Grab taxi to analyse Grab taxi’s GPS traffic data and provide accurate, real-time information for initiatives that can help reduce traffic congestion and improve road safety.

The concept of mobility in the future is heavily influenced by these technology trends as well as by other social trends. For instance, last mile connectivity solutions like car-sharing, ride-sharing, e-hailing and bike-sharing are beginning to take off in the urban mobility landscape. These services are growing as they emerge as potential solutions for some of the core challenges we face in our cities.

The confluence of technology and social trends has underpinned the growth of the car-sharing market. Advances in vehicle sharing technology are among the biggest drivers for car-sharing, with connectivity playing a big role in making such services more convenient and accessible to customers.  For instance, data analytics is used to predict where demand will spike, thereby ensuring more effective rebalancing of the fleet. In some cases, customers are incentivised to drop off cars in specific locations.

From a long-term perspective, autonomous driving will have a big impact on the car-sharing model. In the mid-term, automated parking will make the customer experience more seamless, but the real impact will be felt only when vehicles become fully automated, at which point car-sharing will start merging with other business models. 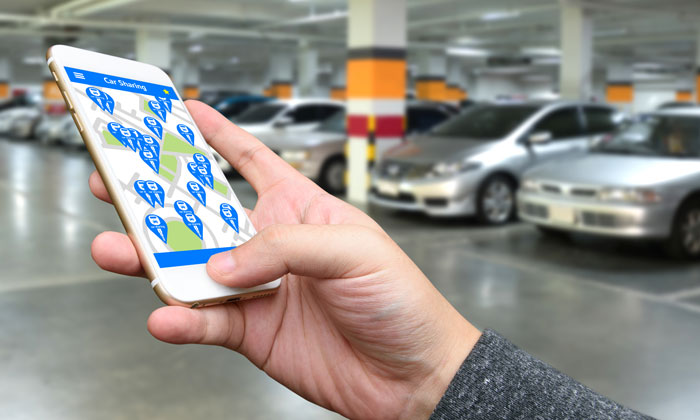 Last mile connectivity solutions like car-sharing are beginning to grow.

Autonomous driving, in conjunction with an intelligent transport ecosystem, is likely is to lead to a paradigm shift in the taxi market as well. The biggest change here would be the reduction in driver cost as the driver forms the largest variable cost component. The second is the improved utilisation of each vehicle as the number of daily trips goes up. However, this does not necessarily mean that the global taxi fleet will shrink, rather, despite higher utilisation rates, demand is expected to continually surge, leading to market growth. From the service operator’s perspective, the total cost of ownership is expected to fall as the impact of the variable costs will be much lower. As an end result, there will be a drop in fares for the consumer.

The current operating model for e-hailing is also expected to evolve. Today, the market is dominated by asset-light technology platforms such as Uber. They provide an online platform, charging a commission for connecting drivers and customers. This model is expected to shift toward an asset-heavy business model. There will still be privately owned, autonomous vehicles that people can rent to the e-hailing firm, but they will now need to diversify into a model that relies on a fleet from others as well as their own. There will nevertheless be regional variations. For instance, some cities like London and New York are likely to have low private car ownership rates; hence, the e-hailing firm will own its fleets. In suburban regions, however, it could be an asset-light business model where people want to generate revenue from their cars during idle periods.

Smart parking is another market expected to change. Technology has already allowed for the increased utilisation of parking spaces. We are also seeing the growth of peer-to-peer parking and monetisation of data both by cities and by other service providers. A good example of this trend is the move in early 2018 by local government body Transport for London (TfL), which opened all of the parking space data in the London Underground for the first time, allowing third parties to see what spaces were available. This data monetisation scheme not only helped TfL benefit from increased revenue but also presented a way to encourage multimodal transportation by making it easier for people to drive to the station and then catch their trains. In Pisa, a smart parking pilot uses an intelligent parking system that allows motorists to find a free parking space more easily and faster than before, as well as pay for it via their smartphones. Thus, there has been a broadening of portfolios from merely seeing the availability of parking spaces to actually being able to effectively plan ahead. This, together with the ability of booking and paying using a smartphone, underpins the way in which technology is removing some of the barriers to make parking more seamless and stress-free.

To unearth the true potential of shared mobility, links between connectivity and autonomous technologies need to deepen. For instance, considering autonomous technology as an individual entity is restrictive; instead, its whole philosophy of improving safety, convenience and congestion can be leveraged if there is a connected, enabling ecosystem built around it. By the same token, a car being autonomous is not enough to generate widespread benefit. Instead, it needs to be reinforced by and linked to an intelligent transport ecosystem.

In shared mobility, the true potential of cost savings from a fleet of taxis or car-sharing can be realised only if the car can capably drive itself. In the long-term, the lines between the new shared mobility business models will blur. The distinction between a ‘drive yourself’ model, like car-sharing, and a ‘be driven’ model like taxis will cease. At some point when autonomous technologies become fully commercialised and the price point falls, these business models will also begin competing with public transport. The entire transportation landscape will see a paradigm shift and there will be convergence across the board.

Industries will look at convergence between connectivity, autonomous and mobility technologies to drive change. Examples of this are BMW’s vision of ‘The Next 100 Years’ where its platform envisions the convergence of connectivity, shared mobility and autonomous technologies. Volvo’s ‘Drive Me’ encompasses shared platforms that are autonomous and connected. The stakeholder who embraces these three pillars as a synergistic whole is the one most likely to succeed in the future.

Shwetha Surender leads the New Mobility team at Frost & Sullivan, providing detailed market research and consulting advice on these topic areas. Shwetha is a recognised thought leader on urban mobility, smart mobility and the future of transport, and has worked with leading OEMs, tier one suppliers and other key stakeholders to identify and quantify the growth potential of new mobility business models as well as how to implement and realise these commercial opportunities 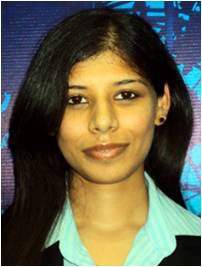