Terry Wong, Deputy Director of Australian Business at MTR Corporation speaks to Intelligent Transport about what the company is doing to expand and upgrade Australia’s metro services. 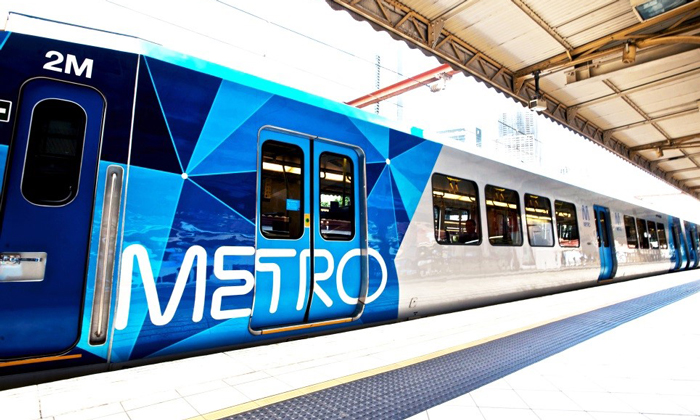 Under its new seven-year operating concession, Metro Trains Melbourne will add an extra 335 peak services per week as well as 1,758 inter-peak and weekend services

September 2017 saw two important milestones for MTR Corporation’s business in Australia. Not only was its 60 per cent-owned subsidiary Metro Trains Melbourne (MTM) awarded a new seven-year operations and maintenance concession for the Melbourne metropolitan train service (which it has been running since 2009), it also delivered the first new Sydney Metro train to Australia as it step up preparations for the launch of Sydney Metro Northwest (SMNW).

MTR will take the lead on railway operations on SMNW commencing in the first half of 2019, as part of the Northwest Rapid Transit Consortium that was awarded the Operations, Trains and Systems Public-Private-Partnership contract for SMNW in 2014.

Both Melbourne and Sydney are thriving cities with high levels of population growth. Like many other cities around the world facing the continuing trend of urbanisation, they have an increasing demand for more and better railway services. It is very encouraging that the respective state governments in Victoria and New South Wales have launched major investment programmes to expand and upgrade their railway infrastructure and assets. MTR is proud to have been entrusted with important roles to support the development of railway services in these cities.

While MTR may still be best known for its world-class Hong Kong railway operations, with 99.9 per cent on-time passenger journey performance, it has also established a strong track record for delivery and success across the globe over the past decade, including in Sweden with the Stockholm Metro, the UK, where it is the Crossrail/Elizabeth Line operator, and in the Mainland of China, where it has invested in and operate high quality railway services in Beijing, Hangzhou and Shenzhen.

Since the start of its concession in Melbourne, MTR and its shareholder partners John Holland and UGL Rail have helped bring a sharp focus to delivering quality and customer service improvements across the 390 kilometre rail network that provides around 870,000 passenger journeys on each week day. Service punctuality has been lifted from 85.9 per cent in the first financial year of the franchise up to 91.8 per cent in the last period. Customer satisfaction has also risen significantly from a score of 63.3 to 72.7 as passengers enjoy safer, more reliable and more punctual train services than before.

Behind these numbers lies the strong teamwork and continuous improvement efforts of the management team and staff. Our people are our most important assets and we are proud that MTM’s high quality staff training and development programmes were recognised at a national level when it was named as the winner of the Australian National Training Award for Large Employer of the Year in 2016.

Having successfully achieved all performance targets set by the Victorian State Government in the initial eight-year concession, MTM was recently awarded a new concession to continue to operate and maintain the Melbourne train service for another seven years up to 2024 with a further three-year extension option. 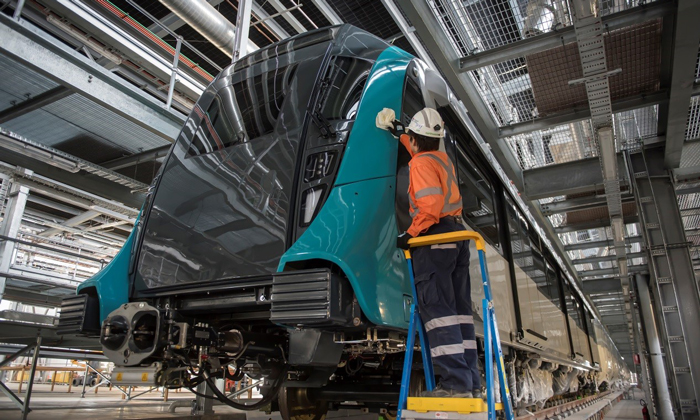 The first Sydney Metro train has arrived at the Sydney Metro Trains Facility in Rouse Hill. MTR Corporation is responsible for the procurement, testing and commissioning of the rolling stock and will also lead future railway operations of Sydney Metro Northwest

The coming several years will see unprecedented government investment into Melbourne’s rail network to deliver a more resilient and robust system for the future, including the AU$6 billion Level Crossing Removal Program as well the AU$11 billion Melbourne Metro Rail Project. As these works progress, MTM will keep the whole system moving and continue to deliver service improvements to customers by providing more train services, better on-time performance and an enhanced passenger experience with more information and cleaner trains and stations.

In Sydney, there are also very exciting developments in the rail sector. When it comes on track, starting with the 36km Northwest line in the first half of 2019, Sydney Metro will be the first fully-automated metro rail system in Australia and the line will extend to the CBD and beyond by 2024.

The total investment in Sydney Metro Northwest amounts to AU$8.3 billion, which includes viaduct and tunnel construction as well the Public-Private-Partnership Operations, Trains and Systems contract which includes investment from MTR, our consortium partners and financial sponsors. Visitors to the northwest region can already see the new line taking shape. There will be eight new metro stations while five existing stations are being upgraded to metro standards. The recent arrival of the first of the 22 new six-carriage trains at the depot from the overseas manufacturing facility is another very tangible sign that preparations to launch this new railway service are reaching an advanced stage.

The significant investment into transport infrastructure in Australia will provide more and better services for commuters in the coming years, and MTR Corporation is keen to explore further opportunities for business expansion in Melbourne and Sydney (and possibly other Australian cities), both in the railway sector and in rail-related property development, similar to MTR’s highly successful ‘Rail + Property Model’ in Hong Kong. The company is on the right track, and there is still a huge amount of untapped potential in Australia it wants to capitalise on.