The voice of today’s passenger

Claire Walters joined Bus Users UK as Chief Executive in 2012 with a single focus; to ensure the voice of the passenger is heard by decision-makers at all levels, from central government to transport planners, local authorities and operators. Here Claire writes that a lot of this work is, naturally, behind the scenes but with the UK’s Buses Bill likely to reach the final stages in Parliament imminently, there’s a lot to do. 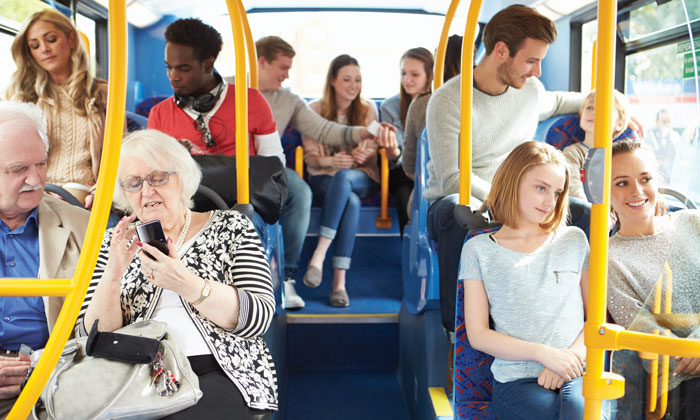 The Buses Bill was intended to unlock the potential of bus travel and replicate some of the success experienced in London, which has seen an increase in services and rising passenger numbers, with bus use up by 31% over the past decade. The aim was to create an ‘Enabling Bill’ that would give local authorities the freedom of choice to design bus services according to local need. But with some of the successes achieved when the Bill was amended by the House of Lords now set to be overturned by Parliament, the good intentions with which the Bill was launched may prove impossible to achieve in reality when the Bill becomes law.

The bar on municipal buses, for example, means that while existing services will continue, no new municipal bus service can be established by a local authority. While the model clearly isn’t appropriate for all regions, it has been adopted by a number of highly innovative planners with huge success. For some inexplicable reason, however, this will cease to be an option for local authorities once the Bill becomes law.

Another peculiarity of the Buses Bill is the option to introduce a franchising scheme but only under an elected mayor. This was amended in the House of Lords but the government has made it clear it will be reintroduced in the Commons. While local authorities in the UK have long had the option of electing a mayor, the vast majority have chosen not to and it will be interesting to see how a mayor can represent the single issue of buses against a backdrop of competing council responsibilities such as providing social care and education.

According to the Department for Transport (DfT), having an elected mayor specifically for the purposes of franchising will ensure they are judged on their ability to run bus services and are personally held to account. But a mayor who travels to all official business by private vehicle with a designated driver is unlikely to have a vested interest in improving bus services. For this to work, it should be a requirement that the mayor, along with all other key officials, travel by bus.

Even more important is the additional burden a mayor will place on local authorities by imposing a further layer of bureaucracy and requiring additional funding. Yet the Buses Bill offers no new funding and, in fact, years of central government funding cuts have led to reduced bus services, threats to subsidised services and reductions in the size and expertise of local transport teams. One condition of franchising that, unlike an elected mayor, might actually improve the oversight and delivery of franchising, would be to require local authorities to rebuild these teams and regain the expertise they have lost.

As a passenger champion, the primary concern of Bus Users UK is for the people who use buses and, on the whole, they don’t care how their local services are structured or delivered: they just want reliable, accessible and affordable buses. So if the government is prepared to invest so much in the Buses Bill, it needs to get it right and this is unlikely to be achieved by removing options or adding in conditions that are so onerous and expensive they represent no real choice at all. The time, energy and money that has gone into the Buses Bill needs to be directed towards enabling local authorities to design the best possible, fully integrated transport networks that genuinely serve the needs of their local communities.

While we’re on the subject of new regulations, it would be a good idea to remind passenger transport operators of existing regulations. Bus and coach companies across the UK are failing to implement basic require – ments under the European Passenger Rights Regulation (EPRR), which aims to prevent discrimination against passengers by bus and coach operators.

Bus Users UK is the body nominated to oversee complaints on bus and coach services in Britain, outside London under the EPRR, but many operators which run short journeys or journeys within the UK are unaware they have a responsibility to inform passengers of the existence of the regulations, even if they don’t run services that fall within scope. The requirements are modest and operators simply need to add a link to their website and their publicity materials in order to comply. Despite this, and the fact that the regulations have been law since 2013, many operators are failing to comply and since the EU referendum, widely believe that the regulations will be repealed once the UK leaves.

Even assuming this happens, it could take years and in the mean time, operators are falling foul of a law that could see them liable for huge fines that make penalties under the UK’s Traffic Commissioners look trifling by comparison. Any operator concerned about their obligations can talk to Bus Users UK or the Confederation for Passenger Transport (CPT) who will help them make sense of the regulations.

Just as the Buses Bill aims to provide better services for passengers, so the EPRR exists to protect the rights of passengers and prevent discrimination. It’s in everybody’s best interests to get these details right.

Claire Walters joined Bus Users UK as Chief Executive in 2012. A growing and ambitious organisation, Claire’s role is to raise the profile of Bus Users UK and champion the interests of the millions of people who use the bus each day. 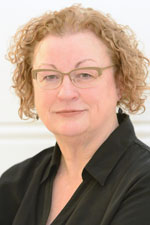