Howard Hartley, Head of Bus at Transport for Greater Manchester (TfGM), discusses how on-board Next Stop Announcement technology is helping to make bus travel easier for passengers with visual or hearing difficulties in Greater Manchester. 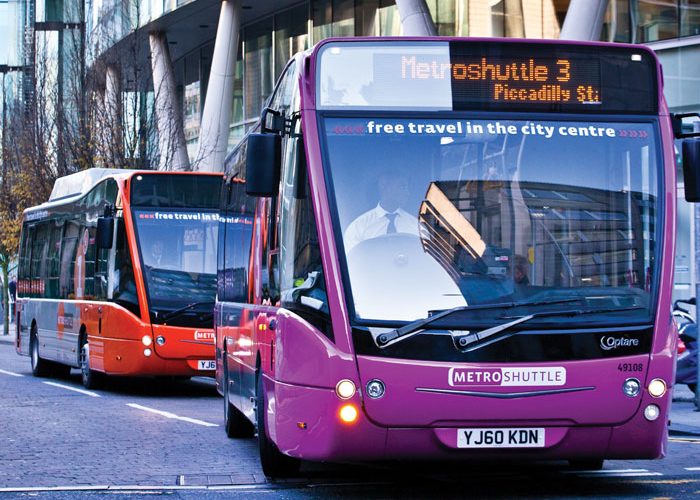 For deaf and visually impaired people, travelling by bus can sometimes be a challenging experience.

The charity Guide Dogs UK has conducted research that reveals 70% of visually impaired people have missed their bus stop at some point. Understandably, this can make the passenger feel nervous about using public transport alone.

It’s important to make transport networks accessible and easy to use for people who have a visual impairment, as they are often wholly dependent on public transport to make a journey.

Thankfully, technology has led to innovations that have the potential to enhance transport accessibility. TfGM has embraced such technology and Manchester’s free city centre Metroshuttle1 service now features on-board equipment to aid those living with sight and hearing loss.

The 20 Optare low carbon emission buses have all been retrofitted with audio-visual passenger information screens. The 19-inch high-resolution screens provide automatic audio and visual announce – ments for passengers on aspects of the journey, such as the route plan and the next stop, as well as places of interest and nearby businesses.

Information can be provided when the bus approaches, arrives or leaves specified locations along the route. The screens are also capable of playing programmed audio messages and displaying graphic images and movie clips, the specification of which can be selected according to the passenger’s needs.

In September 2016 Lord Holmes of Richmond MBE – one of Britain’s most successful Paralympic swimmers and lifelong campaigner for equality and inclusion – joined TfGM to formally launch this equipment on Manchester’s free Metroshuttle service.

He said: “The improvements made to Manchester’s Metroshuttle service are a fantastic way of ensuring the city’s transport network is more accessible. People living with visual or hearing impairments can feel more confident in travelling independently due to initiatives like this.”

James White from Guide Dogs UK, who also attended the launch event, further explained: “Our research shows that 70% of people with sight loss have missed their bus stop at some point on their travels. Imagine how anxious that would make you feel every time you boarded a bus that didn’t have audio announcements.

“People with sight loss shouldn’t have to miss out on hopping on the bus to go and see family and friends or go to work. We’re delighted that TfGM has embraced technology that helps people with sight and hearing loss, making their bus journey that bit more straightforward.”

TfGM consulted its Disability Design Reference Group (DDRG) when developing the new system. DDRG is made up of individuals from across Greater Manchester who have a range of disabilities. The role of the DDRG is to assist TfGM and its partners to ensure that, as far as possible, an inclusive, barrier-free environment is developed across wider TfGM projects. The on-board audio-visual information screens were positively received by members.

The Metroshuttle is a free service linking transport interchanges and NCP car parks to key retail and business areas right across the city. The low-carbon fleet is owned by TfGM and operated by First Manchester, with three circular routes covering the main city centre area carrying a combined average of 40,000 passengers per week. All assistance dogs are allowed to travel when accompanying a disabled person on the buses, as well as on trains and Metrolink trams.

In addition to this, TfGM has teamed up with the charity Henshaws that supports people with sight loss to design free products including a fluorescent orange pass wallet. This vital product is recognised by all bus operators in Greater Manchester, not only on Metroshuttle buses. The fluorescent orange pass wallet is designed to stand out to drivers from a distance, indicating to them that the user may need extra assistance boarding and leaving the bus and prompting the driver to offer this immediately.

A bus hailer has also been produced. It is a flip pad that consists of bold and embossed numbers and letters, with the braille version underneath. Users select the number of their bus and display it to oncoming traffic, signalling to the bus driver that they need to stop. The word ‘bus’ can be displayed if users are unsure of their bus number.

These products go a long way toward making travel easier for people living with sight loss, signalling to bus drivers that the passenger may require some additional assistance during their journey. TfGM worked closely with Henshaws during the design of the products; listening to feedback from visually impaired people and drawing on similar initiatives by local authorities and passenger transport executives in the UK.

TfGM’s commitment to making the transport network more accessible is also evident in the various services it provides.

Ring & Ride, for example, is a door-to-door accessible minibus service for people who have difficulty using public transport. Residents are eligible to use the service if they hold a TfGM Concessionary Plus Pass; hold a TfGM Concessionary Disabled Person Pass; are 70 years old or over; have mobility issues and hold a TfGM Over 60 Concessionary Pass; or are a TfGM Travel voucher user. Such initiatives mean that Greater Manchester’s public transport network is becoming more accessible to a wider number of people. It goes a long way toward enabling all members of society, especially those who are disadvantaged, to have access to key facilities, in particular employment, healthcare and learning.

Installation of equipment such as Next Stop Announcement has the potential to greatly improve the quality of life for visually impaired people and help them to feel more confident when travelling alone.

Howard Hartley has worked for Transport for Greater Manchester (TfGM) for 18 years and is currently Head of Bus. He oversees bus operations across Greater Manchester, ensuring the smooth and efficient running of the network. Howard has over 21 years’ experience working in the public sector. 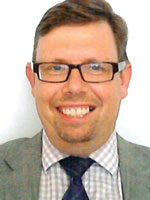 By Howard Hartley (Head of Bus at TfGM)