Transport recruitment: Inspiring the next generation at TfL

Transport for London provides insight on how it is generating awareness about developing a career in transport. In this blog we hear from TfL’s Human Resources Director Tricia Riley and Civil Engineering Apprentice Hanna Buckingham… 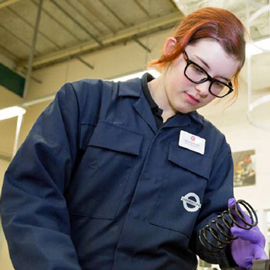 Transport for London provides insight on how it is generating awareness about developing a career in transport. In this blog we hear from TfL’s Human Resources Director Tricia Riley and Civil Engineering Apprentice Hanna Buckingham… 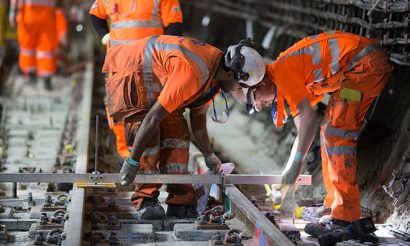 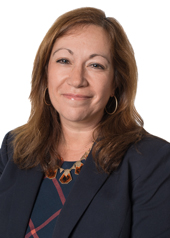 It is no secret that within the transport industry we are currently facing a skills shortage. For years, it’s been seen as an undesirable industry to work in. Research undertaken in 2014 showed that only a third of 17-19 year olds would even consider a career in engineering, despite all of the exciting projects that are currently taking place. The Transport Infrastructure Skills Strategy is trying to combat these perceptions and has committed to creating 30,000 new apprentices by 2020.

“Since 2010, we’ve seen an increase in demand of 400% for apprenticeships, but there is still a lot more to do”

At Transport for London, we’ve worked hard to try and encourage the next generation into the industry. Since 2010, we’ve seen an increase in demand of 400% for apprenticeships, but there is still a lot more to do. If you talk to any child about working in transport, they will understand how various modes are run, which gives us and them a head-start for a future career. However, because during their everyday journeys they only see a few of the vast number jobs available in the transport industry, most commonly bus or train drivers, they tend to think that this is all we can offer them.

This is why we need initiatives to change young people’s perceptions. We also need to convince teachers and parents that a future in this industry is a viable choice. If we can’t get the support from these key influencers, then it’s less likely that they will help support the children that do dream of working with us.

That’s why we have now launched the new transport careers world on Plotr, with HS2, Network Rail, the Chartered Institution of Highways and Transportation, the National Skills Academy for Rail and the Young Rail Professionals. This virtual world enables young people to explore the diverse range of careers that they could pursue in the transport industry, from being a transport planner to a landscape architect. They can find out what the perks and necessary skills are for each job. It also explains the different routes into working at TfL, such as joining one of our apprenticeship or graduate schemes. It is a useful tool because it can be used by the students as individuals or as part of a lesson at school. 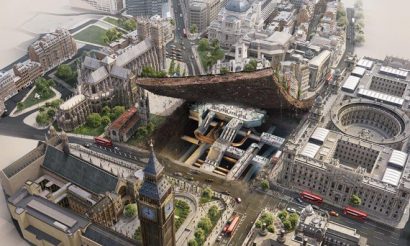 We also have plenty of other initiatives at TfL, including our Schools Toolkit, to inspire the next generation of transport professionals. All of these are important, especially with so many companies both in London and across the UK already looking for the right people to help deliver key transport infrastructure projects in the coming decades. Organisations like TfL need to rise to the occasion and actively encourage young people to aspire to work in transport. As long as we do, we can make sure that the industry continues to flourish. 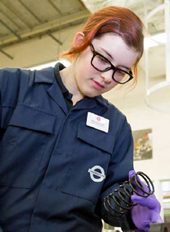 I joined Transport for London’s (TfL’s) Civil Engineering apprenticeship scheme in 2013 – nearly three years ago. Since then, time has flown by, but I’m still experiencing new things even now.

I chose the scheme after searching for various civil engineering apprenticeships online and TfL came up as an option. I think, like many people, I didn’t set out to work in the transport industry – I thought that you could only be a bus or train driver. I was still keeping an open mind when I attended the Skills London exhibition, but after chatting to some of the TfL apprentices there, I realised that it was the scheme for me. It was fascinating to hear about the various projects apprentices can work on – from replacing signalling on the London Underground to installing new CCTV cameras in train carriages. I loved the idea of working in the heart of the city and, since joining, I have never been short of a conversation starter!

I think that it’s important that we increase awareness about what a career in transport can actually be. There are so many different roles available, from becoming a civil engineer like me or a cyber security analyst or even an archaeologist (I think my childhood dream of becoming a zoologist might be one of the few exceptions!) That’s why I’m pleased to hear about the launch of the transport careers world on Plotr. By offering young people the chance to find out the different options that are available, we can make sure that they are not missing out on opportunities just because they haven’t heard of them.

If a student has the ability to choose specifically what they want to be when they’re older, it motivates them to work harder at school. I remember so many of my friends asking why they were studying Maths and Science and questioning when they would ever use it in real life. Now teachers, with resources like Plotr, can give students a real answer to these questions.

From learning about cables to designing a brand new drainage system, being an apprentice at TfL has been a life-changing experience for me. I’d love for more young people to realise that the transport industry can offer them something too.

4 responses to “Transport recruitment: Inspiring the next generation at TfL”