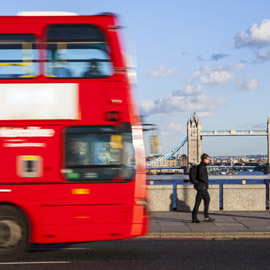 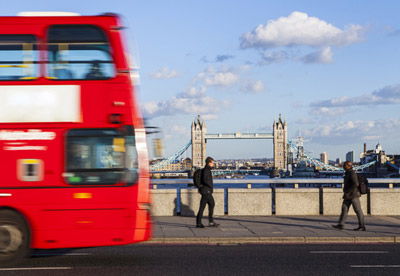 RoadPeace, the national charity for road crash victims, welcomed Transport for London (TfL)’s new bus safety programme earlier this year, and for good reasons. This ground breaking programme introduced support for victims and transparency around collision investigations, as well as setting new standards in safety. The latter included introducing safety incentives in bus company contracts and developing a safety scorecard for bus companies. TfL is to also deliver its “In the Zone” safer urban bus driver training to all 25 thousand London bus drivers by the end of 2016. This training programme focuses on increasing driver awareness of vulnerable road users.

But the four key workstreams, in RoadPeace’s view, are the following:

TfL has been piloting speed limiters on two bus routes since 2014, but as of 2018, all London buses are to be equipped with Intelligent Speed Adaptation (ISA). Not only will this enable TfL to monitor and tackle speeding bus drivers, ISA on buses also helps prevent speeding by other drivers. Trials done several years ago by TfL found a vehicle fitted with ISA would affect the speeds of 12 vehicles around it in inner London and eight vehicles in outer London.

All London buses are to be equipped with ISA from 2018

But there is more. TfL has also trialled pedestrian/cycle sensors, and is looking into the design of bus fronts and mirrors, as well as internal bus design and technology to prevent pedal confusion.

Founded on the principle of road danger reduction, RoadPeace advocates tackling danger at source.  And this is what TfL has done with this bus safety standard.  This is different from the traditional approach of trying to change the behaviour of road users, e.g. the victims.

As the Safe System approach acknowledges, road users make mistakes and the transport system should be designed to ensure these are not lethal or life changing. TfL’s analysis of pedestrian deaths in London over five years found 35% resulted in a criminal prosecution but this fell to 18% when buses were involved.  But instead of ‘victim blaming’ publicity campaigns aimed at stopping pedestrians making simple mistakes, TfL is designing out danger.

2. Support service for those affected by fatal or serious injuries

TfL has introduced a helpline and a support programme for those bereaved, seriously injured or a witness to a fatal or serious injury bus collision.  Immediately after an incident has taken place, the service will be available to offer emotional and practical support and provide a single, named point of contact at TfL.

Helpline and a support programme launched

This support service is due to the determination of Sarah Hope, who was seriously injured in a bus crash that also killed her mother and resulted in her two year old daughter having her leg amputated.  It took years of campaigning by Sarah to get this initiative introduced, with TfL providing support, regardless of liability.

This is the first time a transport authority, at least in Britain, has taken responsibility for providing support to road crash victims. And both Sarah Hope and TfL are to be commended for this programme.

TfL, like DfT, has published quarterly data where the casualties of bus and coach collisions are reported together.  It is now to provide separate data for bus collisions. This is a major advance, providing transparency and allowing a better understanding of the true toll of buses and of the circumstances in which bus collisions occur.

RoadPeace has campaigned for data to be presented by the vehicle type but this change must be credited to another campaigner. Tom Kearney was almost killed in a bus collision on Oxford Street in December 2009.  Since his recovery, he has been a non-stop campaigner for bus safety, and recently won a national campaigner of the year award for his efforts.

Another new milestone is with the transparency with fatal and serious injury bus collision investigations. Information on the procedures undertaken by the police, bus companies and also TfL will be documented, and the outcomes reported.

TfL has also commissioned research into fatal bus collisions to identify countermeasures. This marks a change from its previous research on London road deaths which was by victim mode. And going forward, TfL will review the collision investigation reports submitted by the bus companies to check for trends.

Compared to other major cities, London’s buses were considered safe. But TfL has showed that this is not good enough and there is more that can be done.

RoadPeace is in touch with other survivor advocacy groups around the world and we know the challenges they face. In New York City, a new law introduced a maximum 30 day prison sentence for drivers found guilty of killing or seriously injuring a pedestrian on a pedestrian crossing. But bus drivers are campaigning for their drivers to be exempt from it.  We can only hope that the new measures and higher safety standards set in London inspire other cities and countries to do more to reduce the danger posed by buses.