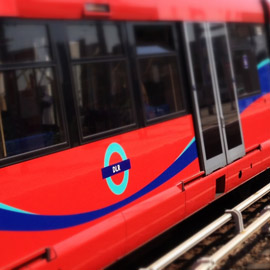 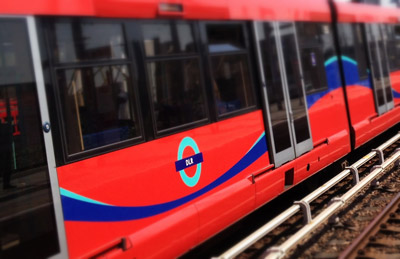 In an exclusive online article for Intelligent Transport, KeolisAmey Docklands discusses how its Docklands Light Railway mental health awareness pilot aims to help those in distress through preventative or early intervention measures insuring an inclusive railway.

In 2013, an incident occurred on the Docklands Light Railway (DLR), at Shadwell station, where a female passenger was randomly pushed on to the track by another female.  It subsequently transpired that the female was suffering from a mental health difficulty and was in the company of her National Health Service (NHS) provided carer.

This was an extreme event that highlighted on-going issues in regard to persons experiencing mental health difficulties causing disruption on the railway, largely relating to unpredictable behaviour, rather than threatened or actual suicide.

As a consequence of the Shadwell incident, a review of a number of rail industry initiatives, in regard to managing mental health related issues, was carried out.  These were found to be largely based around tie ups with the Samaritans charity, in regard to suicide hot spots at stations or enforcement related, regarding British Transport Police and the use of mental health nurses in Custody Suites.

A significant amount of research has been carried out by Network Rail, London Underground Limited (LUL) and the British Transport Police but all linked to suicide and attempted suicide of which an average 10 per day take place on the national rail network, including LUL, rather than a wider remit in regard to mental health and the problems it causes for railways.

Historically, Docklands Light Railway has not had many incidents of suicide but it has had regular incidents relating to persons experiencing mental health distress. Further study showed that very little, if nothing, was done from a preventative or early intervention perspective, regarding those using railways, experiencing mental health difficulties but rather, training was based on spotting the signs of a potential suicide at stations and making a positive intervention.

‘Very little, if nothing, was done from a preventative or early intervention perspective’

It was therefore, decided, that a different approach was required to attempt to make an impact in reducing incidents relating to mental health on the DLR.

It became apparent that what was needed was an opportunity for the DLR to partner with a mental health service provider within the National Health Service.  Given the geographical location of the Docklands Light Railway, East London NHS Foundation Trust (ELFT), which covers the City of London, Tower Hamlets, Hackney and Newham, was identified as the prime stakeholder for KAD to partner with. The understanding and professionalism of mental health service providers was considered to be paramount to the success of any such partnership.

DLR partners with mental health service provider within the NHS

An agreement was made to provide support to a workshop, which was subsequently held at the London Transport Museum facilitated by the Transport for London (TfL) Community Engagement Team and comprising personnel from TfL, the operator and ELFT service users and providers.  The intention was to look at the following:

The conclusion of the workshop was that there was a value to taking this forward as a pilot on the DLR. A gap had clearly been identified in regard to the lack of engagement with mental health service users and whilst there was good examples of industry practice in regard to working with the Samaritans and other charities such as MIND, outside of the recent police initiative to place mental health nurses within custody suites, there was little or no engagement between the NHS and the rail industry in regard to understanding the broader mental health picture and the context within which mental health provision is given in London, including the role of charities in support of this.

The emphasis moved towards one of social inclusion and awareness

It was decided that the way forward was to ensure that the initiative be inclusive and for the Docklands Light Railway, in keeping with its reputation for accessibility, to facilitate through their operators – KeolisAmey Docklands (KAD) – Community Ambassador team, supervised visits to the railway from groups to help restore their confidence and enable them to travel confidently on the railway.  In the initial stages this would require a partnering between KAD Community Ambassadors and 2 designated service user peer groups that sit within the footprint of the DLR in Tower Hamlets and Newham. There are over 30 such groups managed by the Trust but it was agreed that 2 would make a suitable number for a pilot.  The peer groups have team leaders and these would be the point of contact between the Community Ambassadors and service users.  The intention being to enable the team leaders to ultimately mentor service users in travelling on the DLR.

The development of the Mental Health Ambassadors, using Peer Group leaders supported by the KAD Community Ambassadors as their mentors is considered to be a cornerstone of the initiative. It places the Docklands Light Railway at the heart of a key guiding principle for the Trust; ‘Recovery is not what services do to or for people. Recovery is what people experience themselves as they become empowered to manage their mental illness in a manner that allows them to achieve a meaningful life and a positive sense of belonging in their community.’ (NIMHE) Guiding Statement on Recovery. 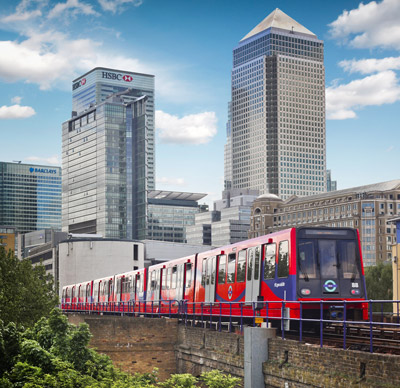 This kind of work is crucial if we are ever to raise awareness and truly help those whose lives have been touched by mental ill-health. Discrimination, stigma and ignorance from others are often the biggest barriers to real inclusion and recovery for service users.

Separately, but in tandem with the work with the Peer Group leaders the need to better educate operational staff in understanding mental health was recognised. Through a better understanding it is believed greater empathy may be shown by our staff with those experiencing mental health difficulty.  The ability to recognise trigger points for those with problems would also have the potential to reduce an escalation of an incident which may lead to a potential assault.

The initial work streams identified were the following:

Funding was sought from and approved by Docklands Light Railway Limited to enable the work streams to be completed.

The bespoke training packages were delivered to Community Ambassadors and Passenger Service Agents by the East London NHS Health Foundation Trust in December 2014.

Feedback has been very positive, peppered with positive comments to an extent never seen before by the Service Delivery Training team.

One of the unexpected outcomes was the realisation amongst PSAs and Ambassadors of the need to understand their own mental health and recognise signs in themselves.  Consequently, a request has been made by the Company Council for peer group counsellors to be trained to help counsel members of staff seeking confidential support.  This would be a re-introduction of a scheme created in 1999 and allowed to fade away during the life of that franchise period. It is not merely intended to cover trauma situations as a result of a Person under Train or near miss incident but rather take a holistic approach to the mental health of staff who can be placed under stress for reasons beyond immediate trauma situations.

Work streams identified are as follows:

It is believed that this initiative, given the title ‘Back on Track’, is innovative and unique to the DLR. It is believed there is no such comprehensive partnership between business and the NHS in regard to mental health in the United Kingdom.  It has the potential to positively impact on thousands of people within the footprint of the railway who may otherwise remain trapped in their homes, to widen the understanding of mental health amongst our staff and help deliver a safer and more inclusive railway.