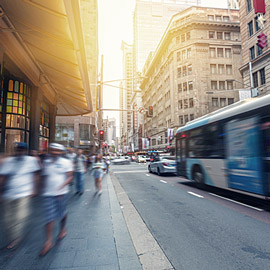 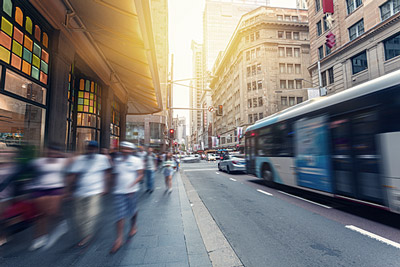 The joint effects of physical inactivity, poor air quality, road traffic injuries, noise, stress and isolation – all closely linked to transport and our urban environments – are causing a dramatic increase in health problems across the world.

The World Health Organisation has identified insufficient physical activity as the fourth leading risk factor for global mortality. It is on the rise in many countries and is affecting general health worldwide. Due to our sedentary lifestyles, cases of obesity, heart disease, strokes and certain cancers and diabetes are on the increase: partly as a result of our office-bound culture, but also due to our transport mode of choice: the private car.

How we move about is having an inherent effect on our health, although there is an alternative. Numerous studies have shown the health benefits of active transport (walking and cycling) combined with public transport, including on diabetes, mental well-being, obesity and cardiovascular disease which would help us to prevent many of the 3.2 million deaths from physical inactivity. Research recently carried out by the French Institute of Health Watch (INVS) revealed that cycling in a polluted urban environment is nevertheless beneficial for health, even taking into account the adverse effects of air pollution and the risk of accidents.

Promoting active modes of transport has been shown to have direct economic benefits as well. To cite just one example, if selected cities in Europe had the same cycling modal share as Copenhagen, 76,600 additional jobs could be created in the pan-European region.

Active travel and public transport are indeed very much complementary and mutually beneficial, with studies illustrating that support to one is likely to induce an increase of the modal share of the other in many cases. In contrast to the ‘inactive’ experience of driving a car, public transport plays a central role in encouraging more active travel as most journeys by public transport also involve a walk or cycle to a stop or station and also helps to enable pedestrians and cyclists to make longer trips.

In the UK, a study conducted on behalf of Greener Journeys showed that taking the bus five times per week provides half of the recommended 30 minutes of moderate physical activity five times per week, with a typical bus journey involving 1.3km of walking and 62 calories consumed compared to 0.3km and 16 calories by car.

These benefits, however, require policies that favour sustainable transport as well as adequate urban planning: for example, investment in making streets safer, greener and more inviting for pedestrians and cyclists to help improve public health and quality of life. This in turns helps to increase accessibility based on urban regeneration, social inclusion and cohesion as well as spurring sustainable growth and jobs.

Often overlooked in policy considerations, local and urban transport systems actually have a critical role to play in influencing the public health challenges that cities are facing. Transport is far from operating within a vacuum and national governments should therefore provide institutional and legislative frameworks that spur regional and local authorities to better integrate transport within wider health and environment policies. Local level integrated mobility plans, which help both ensure an integrated approach and to set clear objectives and support from national level policies, are also key.

Proactive efforts to encourage active transport and the use of public transport can be made, for example, by ensuring that housing policies focus on urban densification and do not induce congestion or sprawl, which encourages car dependency. Equally, employers can play an important role in encouraging or rewarding sustainable mobility habits by setting up company mobility plans.

Finally, assessing how effective urban mobility policies are will require us to look further than GDP figures alone and identify and assess the main transport-related factors that define quality of life in urban areas. These could include looking at: employment availability, safety, accessibility and urban amenities and services.

Urban transport policies can either actively enhance public health or pose a health risk to society: getting it right makes sense not only for the sake of our health, but it will help transform our cities into greener, more prosperous and agreeable places in which to live and do business.

To find out more about the role of active modes of transport and public health, please consult the UITP Policy Paper: ‘Unlocking the health benefits of mobility’ available at: www.uitp.org/unlocking-health-benefits-mobility