For the past few decades, the risk of fire within underground metro systems has meant the need for tunnel ventilation to control the spread of smoke. However, significant improvements in fire resistance and running capability for rolling stock have reduced the risk of fire within metro tunnels. Instead, the need to evacuate passengers from stranded trains without the risk of heat exhaustion has become the key criterion for tunnel ventilation in a number of international metro tunnels. Dr Fathi Tarada, Managing Director of Mosen Ltd and Intelligent Transport Editorial Board Members, describes here the emergence of a new paradigm in metro tunnel ventilation, which has significant consequences for metro system owners, operators, contractors, designers and the general public… 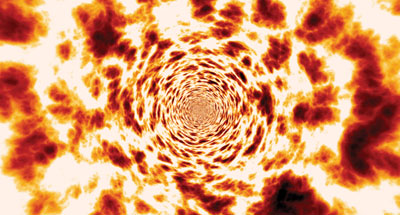 Fires in metro tunnels are thankfully very rare, but the consequences of such fires can be devastating. The fire which broke out in the Washington DC metro on 13 January 2015 caused one fatality and injured 84. That fire appears to have been caused by an electrical arcing event involving the third rail and trackside power cables. The metro train fire which broke out in Baku, Azerbaijan on 28 October 1995 killed approximately 300 people and injured 265 others. The fire was deemed to have been caused by an electrical malfunction, but the possibility of deliberate sabotage was not excluded. The metro train fire in Daego, South Korea was ignited by an arsonist on 18 February 2003; that fire killed 192 people and injured 151.

One of the key mitigation measures to reduce the risk to life in case of an underground metro fire is mechanical ventilation. By ventilating toxic smoke in one direction, at least one safe evacuation route can be secured for passengers to escape to safety. Within stations, the evacuation routes would normally be along the escalators and staircases to the concourse level. In case of a train fire within a tunnel, evacuation is normally effected along the trackway or raised walkway in the opposite direction to the smoke flow.

There is no international standard for metro tunnel ventilation. However, the National Fire Protection Association (NFPA) standard 130 on ‘Fixed Guideway and Passenger Rail Systems’ has become the de-facto guideline for many international projects. That standard prescribes that sufficient airflow rates must be provided in metro tunnels longer than 305m, in order to push smoke in the desired direction. NFPA 130 also permits a non-mechanical emergency ventilation system where an engineering analysis has indicated that the relevant tenability criteria can be met. The underlying assumption behind NFPA 130 is that there is a significant risk of a train fire within metro tunnels (as distinct from train fires within stations). However, this assumption is coming under increasing challenge.

The International Tunnelling Association (ITA) published an ‘Engineering Methodology for Performance-Based Fire Safety Design of Underground Rail Systems’ in 2014. The guidelines stated that in most cases, only a train fire at a station needs to be considered with respect to maintaining tenable air conditions during the phases of self-rescue and intervention by fire and rescue services. Railway operating rules normally specify that in any incident, trains should continue to the nearest station or outside a tunnel, where evacuation and fire-fighting activities can be efficiently conducted. The provision of emergency ventilation only at stations is deemed by the ITA to provide a pragmatic design objective that addresses ‘reasonable worst case’ scenarios. Exceptions to such a design basis include cases where passenger-activated emergency brakes are not inhibited while travelling through a tunnel, and where tunnels accommodate a mixture of freight and passenger trains.

The ITA design basis of providing emergency ventilation only at stations is supported by recently published design standards on the running capability and fire resistance of rolling stock. European standard EN 45545 aims to minimise the probability of a fire starting, to control the rate and extent of fire development and through this, to minimise the impact of the products of fire on passengers and staff. For underground metros with tunnel sections no longer than 5km, EN 45545 defines a 4-minute required running capability at an average speed of 80km/h, which is generally sufficient to either arrive at the next station or to exit the tunnels. EN 45545 incorporates and extends the scope of the European Union’s Technical Standard for Interoperability (TSI) of 2008. The TSI defines a 4-minute running capability for brakes on trans-European high-speed trains operating within any type of infrastructure.

European standard EN 50553, which defines the requirements for running capability in case of fire on-board rolling stock, was published in 2012 and all conflicting European national standards must be withdrawn by January 2015. Where luggage fires, vandalised seat fires, some diesel fires and significant arson events are deemed possible, EN 50553 requires a minimum running capability of 15 minutes for individual on-board systems including cables, technical cabinets, pneumatic and hydraulic equipment. Alternative means of compliance are provided, including providing a redundant array, a fire-fighting system and degraded modes that comply with tractive effort requirements.

Given the improvements in rolling stock fire resistance, it is hardly surprising that it is progressively becoming more difficult to ignite a train, either in a real incident or during fire tests. The 7 July 2005 bombings of three trains in the London Underground and the 11 March 2004 bombings of four trains in Madrid caused the incident trains to smoulder, but none of them actually burned. The METRO project undertaken by Mälardalen University in Sweden indicated a maximum fire heat release rate of 77 MW for two test fires started within a carriage, which included a significant amount of luggage. However, 10 litres of diesel fuel were required to ignite the fires; in general, the minimum heat release rate to ignite a carriage fire has been estimated to be in the range of 2-3 MW. It should be noted that the combustible linings in the METRO test carriage did not comply with current European rolling stock standards.

As the risk of a metro tunnel fire is reduced by the improvements in running capability and rolling stock fire resistance, the issue of heat exhaustion is becoming more acute in certain metro systems. Passengers evacuating a stranded train, as well as maintenance staff working within the tunnels, may have to endure high temperatures and humidity levels before they eventually arrive back in the open air. In desert and tropical climates, external temperatures may be well in excess of 40°C during peak summer-time conditions. The tunnel linings may have warmed up over time due to the heat emitted during decades of rolling stock operation, and additional heat may be pumped during an incident due to on-board air-conditioning and train auxiliary systems. Under such circumstances, tenable conditions for human survival along the tunnel can only be assured for limited periods of time.

Heat exhaustion was a key design issue for the ventilation and cooling of Doha Metro’s four lines (Red, Green, Golden and Blue). Average maximum and minimum temperatures in Doha during July and August are 49°C and 39°C respectively, with an ambient relative humidity level reaching 50%. Based on such external ambient conditions, evacuating passengers and maintenance staff could only walk for around 10 minutes in the tunnels before being overcome by hyperthermia. Considering that the maximum distance between underground stations or escape shafts is 1.8km, it was clear that some form of in-tunnel cooling was required. The solution adopted involves the use of air-conditioned air driven via nozzles into the tunnels. The air is substantially recycled to reduce energy consumption. Using such a solution, air passing over the air-cooled condensers can be maintained below manufacturers’ recommended temperature limits during a stalled train condition, which ensures that the on-board air-conditioning can continue to operate. During normal operation, the reduction in tunnel temperatures serves to significantly increase the operating life of the trackside and on-board equipment. Station temperatures are controlled separately from tunnels, the separation of the two zones being affected by platform screen doors.

Tunnels are typically designed for a 120-year life. By the end of the 21st century, the Intergovernmental Panel on Climate Change has estimated that the Earth’s surface temperatures are likely to rise a further 0.3°C to 4.8°C. The provision of sufficient space for the required cooling infrastructure (e.g. shafts and plant space) may therefore be advisable in warm climate regions, if only as a contingency measure. This is particularly true for metro tunnels, which are typically constructed in densely occupied urban areas, and where any retrofitting would be disproportionately expensive and disruptive.

The emergence of a new paradigm for metro tunnel ventilation may mean more space being required within stations and at intermediate shafts, additional power consumption requirements and more complex operational control. However, such changes may be essential to ensure the safety and comfort of the travelling public and the working staff who serve them.

Dr Fathi Tarada is the Managing Director of Mosen Ltd, an engineering consultancy that specialises in tunnel ventilation, fire safety engineering and Computational Fluid Dynamics. He invented the MoJet®, an energy-efficient tunnel ventilation device, and advises on fire safety for international infrastructure projects. Fathi has been a Eurotransport Editorial Board Member since 2011.