Smart ticketing has emerged over the past few months as one of the central considerations when it comes to a number of core transport issues in the UK, just as it is throughout Europe. However, Chief Advisor for ITSO Limited John Verity explains that a wider working partnership for ticketing is needed for success and future growth… 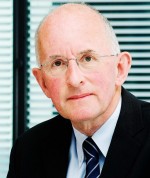 Devolution of transport powers to English regions, quality contract schemes, and paying for rail travel have all included requirements for smart ticketing that satisfy a variety of needs, whether it be a multi-operator offering for passengers, or c2c’s planned smart reimbursement for delayed trains. A smart multi-operator ticket, though, is not just about technology making it easier for people to pay for their journeys or getting them on-board quicker. It is about who is in control of local transport, setting routes, frequency and ticket prices.

The debate about whether it should be re-regulated, franchised or contracted is destined to be a political ping pong ball in the run up to the UK elections in May 2015.

Authorities outside London on the one hand want wide-reaching London mayor-style transport powers, while transport operators want to be in as much control of their own destinies as possible.

The main political parties vary in their stances, with Labour veering towards re-regulation of buses and, for some, re-nationalising the railways. The Conservatives and Liberal Democrats want to see more partnership working, but with varying degrees of clout if partnership agreements fail to materialise.

Most see the benefit of using smart ticketing in a variety of ways – improving the current passenger offering, using journey data to better plan services, and using smart data to effectively calculate reimbursement for concessionary and multi-operator travel.

One important development to look out for is the role and influence of the Quality Contracts Schemes Board. Nexus, the Tyne and Wear passenger transport executive, is leading the charge for a quality contracts scheme. This Board will decide, probably by the end of 2014, whether what is being proposed is in the public interest. The transport authorities say it is. The transport operators say it is not.

One of the key thorns in transport authorities’ flesh has been the slow progress of multi-operator smart ticketing agreements.

The ‘Big Five’ operators have recently announced their joint aim of introducing just such smart products in key cities, beginning with Manchester.

Whatever the outcome is of all this, the work of ITSO Limited and the Smart Ticketing Alliance will continue.

2014 has seen major leaps forward in ITSO smart ticketing both on bus and rail including the roll-out of ITSO across London. And 2015 will see even greater growth. Schemes include the ‘Solent Go’ card in the south, plus the ‘M’, ‘Pop’, ‘getmethere’ and ‘Walrus’ cards in the north.

On rail, the roll-out of the South East Flexible Ticketing programme has seen Southern and c2c customers loading Travelcards and season tickets onto their ITSO smartcards. Flexible season tickets and pay-as-you-go options for rail will come next.

These are all major advances in rolling-out multi-modal, multi-operator smart ticketing throughout the UK.

Savvy operators and suppliers realise that there are many ways to pay both online and in person, and that they have to accommodate those who want to pay by cash, bank card, ITSO-based stored value or mobile phone. Systems are being developed and installed which cater for all these methods.

Contactless bank card payments have their place, but the current maximum £20 transaction limit excludes higher value tickets. And, of course, not everyone has a bank card – particularly among bus passengers. So the ITSO-based smartcard is currently the best smart option for day and season or advance tickets. Paying for public transport is now much easier because smartcards can be topped-up, like mobile phones, through thousands of PayPoint and Payzone terminals in corner shops.

The ITSO specification covers remote loading of transport tickets over the air on NFC-enabled smartphones and as an additional security feature to m-tickets.

Whatever the mechanism, it requires both national and international standards. Through its chairmanship of the European Smart Ticketing Alliance, ITSO is working closely with the standards bodies for smart ticketing and mobile phone payments to ensure compatibility and interoperability, not just in the UK but in wider Europe.

The good news is that the technology works and is available regardless of politics. It just needs people to agree to work together to ensure smart ticketing works for everyone – passengers, politicians and public transport operators alike.