Watch this webinar to learn more about Remix Streets and how it is helping Oxfordshire County Council redesign its streets.

Join us for a deep dive on how Oxfordshire County Council has transformed the way it designs infrastructure plans, works and collaborates with external consultants, and gathers feedback from the public at large when it comes to infrastructure and active travel designs.

Traditionally, engineering drawings are difficult for the public and non-technical experts to understand. Referencing data, testing ideas, and gathering feedback can be onerous and time consuming. When plans need to be modified, it can take weeks of back and forth, video calls and email attachments to communicate and agree upon updates.

It has enabled streamlined workflows and communications between the council and its external consultants on project designs, and has also given the council a direct line of feedback from the public. With its most recent Woodstock Road design, the authority received more than 100 comments from residents, to consider before moving to the next stage of the project.

Join us for a discussion and demonstration on how Remix Streets has improved the design and feedback process at Oxfordshire County Council. 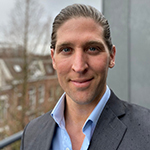 Sean is responsible for Remix Partnerships with councils and authorities across the UK, Nordics, and continental Europe. He’s originally from California, but relocated to Amsterdam to help Remix expand internationally. Across Europe, Remix supports nearly 50  public sector partners, including Transport for London, Oxfordshire County Council, the National Transport Authority of Ireland, and the Luxembourg Ministry of Transport. Prior to working at Remix, he worked with various San Francisco-based software companies, helping drive effective internal and external communication. He holds a degree in Global & International Studies with a focus on Western Europe, from the University of California, Santa Barbara. 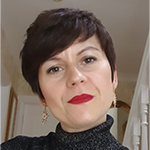 Joanna Mellon has had a long-standing career in local government and worked as a Project Sponsor/Senior Project Manager at Oxfordshire County Council for nearly four years. Previously a Project Manager implementing business improvements and IT projects at Oxford City Council for over eight years. In her current role she has been delivering major infrastructure projects including countywide rural cycle networks, A-road safety improvements and more recently, corridor improvements to key arterial corridors within Oxford city.
A key part of her role is to lead on the engagement with various stakeholders, including internal teams and councillors and external users and the public. Having worked as Marketing and Communications Officer she understands how visuals can have a powerful impact on the success of the stakeholder engagement process. Joanna has been instrumental in rolling out Remix Streets to various transport teams at the county, to ensure consistent approach across all teams, but above all have used Remix on her latest projects. 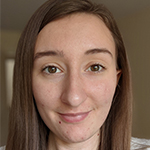 Chloe Rogers has been a graduate engineer in the streets team at AECOM since November 2020 after completing her master’s degree in Civil Engineering at the University of Birmingham. She also has experience working on flood management projects for the Environment Agency and drainage projects for new developments from summer placements she undertook with Jacobs and AECOM whilst at university. Chloe has worked on multiple projects which aim to make active travel and public transport more accessible and attractive for all users, for clients such as National Highways (previously Highways England) and for local councils. Over the past year Chloe’s main focus has been the Woodstock Road Corridor Improvements project, using Remix. Her key roles have included producing the designs in CAD and Remix, putting together background reviews and design reports, producing cost estimates and collating and analysing public consultation responses.

Can I watch the webinar later?
The webinar will become available to watch on-demand shortly after the live broadcast takes place.

What are the benefits of attending live?
During the live webinar, you will be able to pose questions to the speakers, which will then be answered during the live Q&A session at the end of the webinar.

How long will the webinar be?
The live webinar will last for up to one hour.

Who will be moderating?
Leah Hockley, Deputy Editor, Intelligent Transport.

What do I need to watch this webinar?
All you need is a computer with an internet connection. It is advised to use headphones where possible for your own comfort.