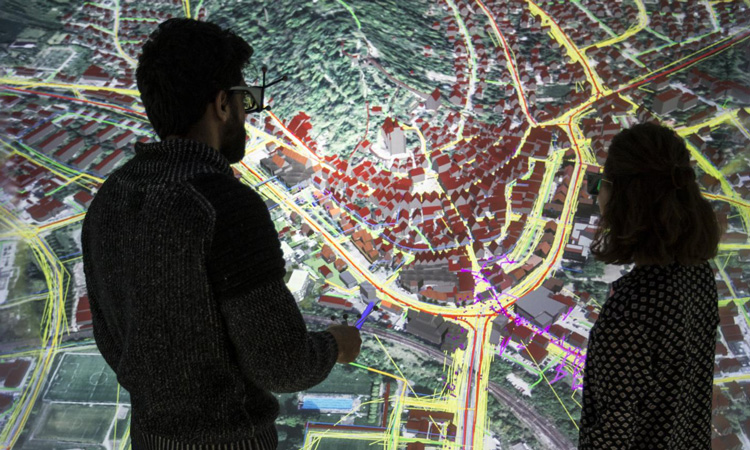 HLRS researchers have been using a combination of data and 3D modelling to develop a digital twin of the city of Herrenberg. Credit: Fabian Dembski, HLRS.

Together with investigators at the Fraunhofer Institute, the University of Stuttgart, and Kommunikationsbüro Ulmer, Dr Fabian Dembski and other researchers at the High-Performance Computing Center Stuttgart (HLRS) have been developing new applications of 3D visualisation to support urban planning. Specifically, the team has been adapting the concept of the “digital twin” for cities, using high-performance computing (HPC) technologies for analysing, integrating, and visualising data describing urban phenomena in order to simulate the processes that are important to consider in urban planning.

Over the past several years, the team has been developing a digital twin of Herrenberg, a small city just outside of Stuttgart, Germany. The Herrenberg study is said to have already provided valuable information for city planners and government officials in the state of Baden-Württemberg, and has paved the way for improving the model to include additional kinds of data.

The approach begins with the idea that life in a city is the result of complex interactions among many factors. With the availability of new sensors and other digital tools for producing high-quality data, researchers can now collect large datasets representing air quality, traffic flow, and the prevalence of pedestrian traffic, among other dimensions of urban life. By merging these large datasets using supercomputers and visualising them in virtual reality, it is said to become easier to understand their complex interactions – for example, to see how a change in traffic patterns or a new building could affect air quality. 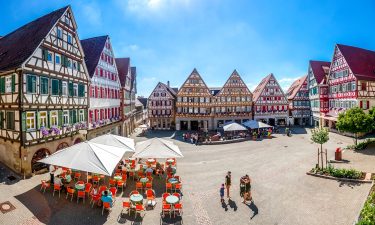 In building the digital twin of Herrenberg, the team began by using a concept called space syntax, which produces a 2D outline of physical grids in a city, offering a framework for performing spatial analysis, such as predicting the likely paths that car or pedestrian traffic might take to move from one point to another.

The HLRS team also developed an app inviting Herrenberg residents to submit their emotional responses to different areas in the city. Residents provided qualitative data about whether certain locations feel comfortable, unsafe, or ugly, for example. “Emotions like joy and fear, the aesthetic experience of green space and architecture, and other emotion-driven factors play a major role in the success of urban design, but are very difficult to represent in architectural models or simulations. Our approach is an early attempt to gather and incorporate these complicated datasets,” said Dr Dembski.

Using a Faro 3D laser scanner, the team also created a 3D visualisation of the Herrenberg city centre. The team could then integrate visualisations of its various data sets into an immersive virtual reality model, enabling decision makers to see abstract data “come to life.” For Dembski and the team, this element moves the work one step closer to visualising a city in a more realistic way.

“Cities are not one-dimensional, so it does not make sense to design them on a piece of paper,” Dembski said. “The third dimension helps us understand cities and their spatiality. Especially in the context of conventional urban planning and development, the ‘vista,’ or the perception of space at the human scale, is often forgotten. Many people cannot imagine abstract planning at the scale of 1:1,000 or 1:10,000,” he said.

“This also applies to planners, as they often lack the necessary sensitivity for the human scale, which is why we know many urban development projects don’t work. By allowing decision makers to experience an immersive vista in VR, we are helping them experience it more realistically, ultimately helping them better assess and evaluate designs, plans, or other scenarios.”

The team shared its digital twin with Herrenberg city officials and has presented its model at several public events there to encourage public participation in city planning.

In the near future, the team will also be exploring how artificial intelligence (AI) applications could be used to better represent the myriad factors affecting how residents emotionally experience their home cities.