Passengers can collect ‘stars’ which can then be turned into transit value and used to subsidise or pay for transit rides or redeem for various in-app offers. 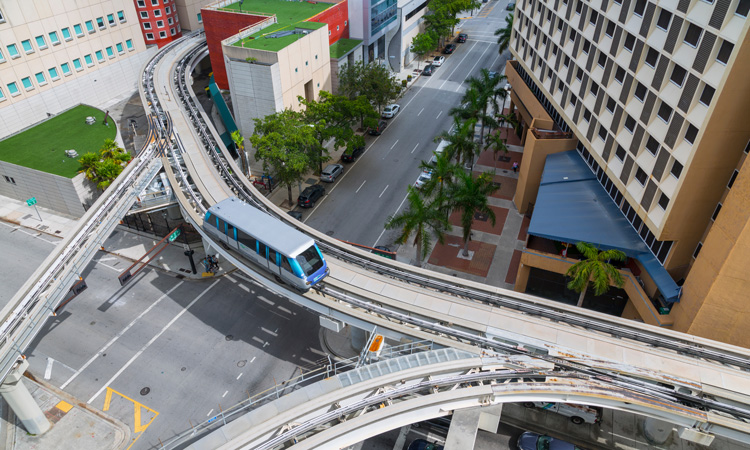 One of the new features of the rewards programme, which enables transit agencies and authorities to incentivise travel on public transportation, is said to be that travellers using public transportation can engage with advertising content, earning them loyalty points they can redeem for Miami-Dade Transit (MDT) value.

Travellers will earn ‘Stars’ – a proprietary digital loyalty currency, owned and operated by Cubic – when they view or interact with ads on the transit agency’s mobile app, or when travellers use loyalty-based transit service provided by MDT.

“We are excited to be the first transit agency to adopt this loyalty-based interactive service that rewards riders,” said Alice N. Bravo P.E., Director of Transportation and Public Works for Miami-Dade County. “The programme is a great way to incentivise our current riders, invite new ones to give transit a try. It provides the building blocks that will help us increase the use of transit to reduce congestion.”

“Cubic Interactive offers unique benefits for not only advertisers, but also transit agencies and travellers all over the world,” said Laurent Eskenazi, Interim President of Cubic Transportation Systems. “We are able to not only offer travellers incentives to travel in ways that reduce congestion and streamline commutes, but also provide new revenue streams for transit agencies and advertisers with the opportunity to tap into a highly valuable and captive audience – something that hasn’t been done before in the public transportation space.”

“We are thrilled to partner with Miami-Dade to introduce Cubic Interactive to the public transit space,” said Robert Sprogis, Senior Product Director, Cubic Transportation Systems. “We are dedicated to reinventing the way people travel and together, we can positively impact traveller behaviour to reduce congestion and promote mobility.”

Top seven urban mobility trends to look out for in 2020