The statistics, released in MTA’s 2019 full-year subway statistics report, also reveal a reduction in delays and a fall in the number of major incidents per month. 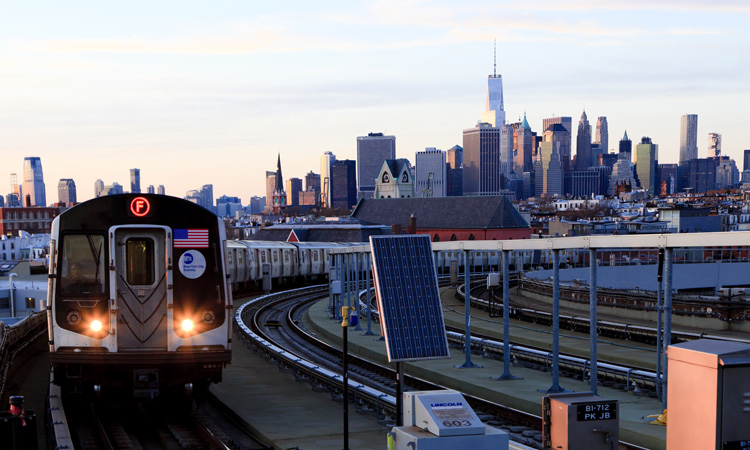 MTA New York City Transit has announced its 2019 full-year statistics showing continued performance improvements on the subway, said to be thanks to the sustained success of both the Subway Action Plan and the Save Safe Seconds initiative.

Weekday on-time performance (OTP) reportedly surpassed 80 per cent for the seventh consecutive month in December 2019, and there were improvements on all other metrics tracked by the agency as well. Average full-year OTP also exceeded 80 per cent in 2019 for the first time since 2013.

“Thanks to the relentless hard work of our team, I’m tremendously proud to say that improvements are now the norm on the subways,” said MTA NYC Transit President, Andy Byford. “I look forward to maintaining our upward trend in 2020 as we continue work on our Fast Forward Plan to modernise every aspect of our transit system and implement our part of the historic, unprecedented $51.5 billion MTA 2020-2024 Capital Program.”

“We are working hard to deliver improved service for our customers, and these gains in operational metrics reinforce the progress we are making,” said Sally Librera, NYC Transit’s Senior Vice President of the Department of Subways. “Customers can trust that we are committed to raising the bar even higher in 2020.”

Average weekday OTP in 2019 was 80.3 per cent, a nearly 20 per cent increase over 2018 when it was 67.1 per cent. December 2019’s weekday OTP jumped 10.5 per cent compared to December 2018. Customer-focused metrics such as Additional Platform Time, Additional Train Time and Customer Journey Time Performance also improved compared to last year, with the MTA suggesting this is due to the gains from the Safe Save Seconds campaign continuing to build tangible service improvements felt by customers across the system.

NYC Transit also met its internal subway delay reduction target for the sixteenth month in a row, leading to the number of weekday delays decreasing by 25 per cent year over year. For the month of December 2019, weekday major incidents fell 7.7 per cent to 48. And for the full year, the number of major incidents decreased by nearly one-third, from an average of 68 per month in 2018 to 45.5 per month in 2019.