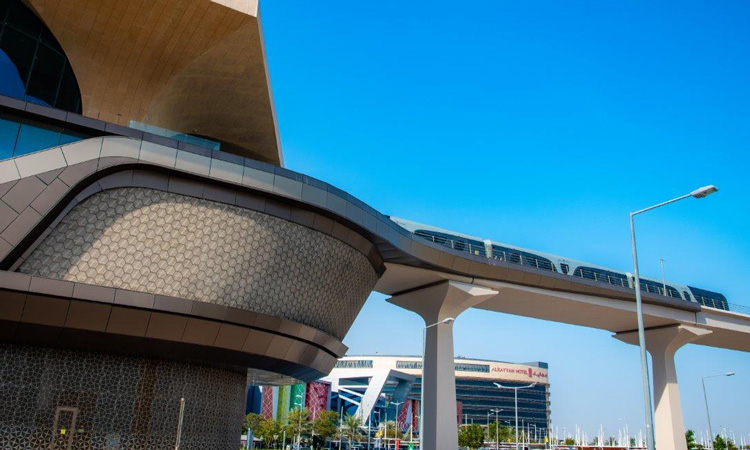 The launch has been announced to come in time for the FIFA Club World Cup which begins on Wednesday 11 December 2019, and for the Football World Cup that Qatar will host in 2022.

The 20-year contract awarded in December 2017 by Qatar Rail covers operation and maintenance of the entire metro network comprising a total of three lines, 76 kilometres long and 37 stations, as well as the Lusail tram network expected to open in 2020.

This is said to be the country’s first urban rail network and a key part of ‘Qatar Vision 2030’, a strategic plan established by the Qatari government designed to enhance Doha’s appeal by diversifying and improving shared mobility options.

The automated and driverless metro network is equipped with Communication Based Train Control (CBTC) technology – a control system based on WiFi communication between vehicles and computers regulating traffic.

Thierry Couderc, Managing Director of RKH, said: “Today is a big day for both the people of Qatar and visitors who will be able to move around the city using a world-class public transport network featuring the most advanced technology. We have worked closely with Qatar Rail in the run-up to this opening to guarantee swift and safe journeys for our passengers. We will continue to do so with the aim of rapidly growing ridership on this comfortable and environmentally-friendly shared mobility solution.”

The contract also covers operation and maintenance of four tram lines in Lusail, a new city located 15 km from Doha and due to become home to 200,000 residents. This tram network is made up of 18 km of track and features four lines equipped with 28 Alstom-built trams serving 25 stations (Vinci & partner JV construction, with Thales Systems), half of them underground. Lusail tram connects to the Doha Metro through two interchange stations at Lusail and Legtaifiya and is scheduled to open in two phases in mid-2020.