The trial, which took place in the Keolis bus depot in Gothenburg, Sweden, aimed to provide evidence that autonomous transport can be used in industry-specific cases. 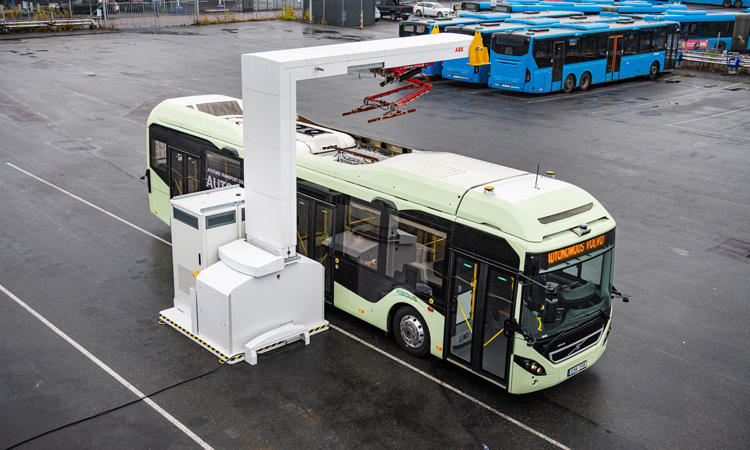 Keolis and Volvo have demonstrated the operation of a 12m long electric bus at the Keolis depot in Gothenburg, Sweden, which is able to autonomously manoeuvre, drive and park itself when charging or washing is required.

Using software developed by Volvo, the bus is controlled and monitored from a control room. Automating the operations performed in the bus depot aims to reduce the time the buses have to spend there, which is said to increase the fleet availability, as well as allowing for the size of the depot to be reduced. 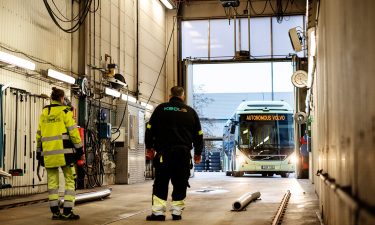 The bus is able to park, manoeuvre and drive itself around the depot.

It is also said to minimise the risk of collisions, optimise safety and enable the bus to come to the driver, rather than the driver going to the bus. Volvo has however stressed that this is less about replacing humans than it is about improving efficiency and safety.

Volvo has also carried out a number of autonomous bus demonstrations in the past, but this demonstration was reportedly among the first to take place in a real bus depot.

The bus is not considered ready for full deployment, and neither Volvo or Keolis has indicated when the bus might be rolled out to working depots. But the trial aimed to provide evidence that autonomous transport can be used in industry-specific cases.

“We are still many years away from seeing fully autonomous buses on public roads, but since bus depots are confined areas with predictable and repetitive traffic flows, we see autonomous buses being used there much sooner,” Agnevall said.