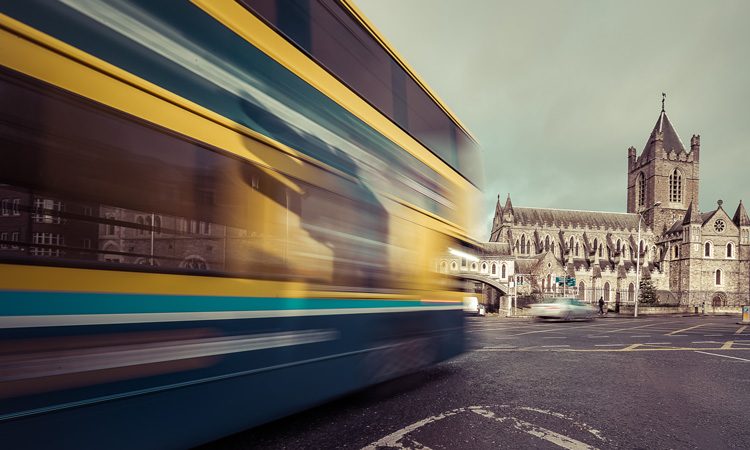 The level of bus services in the Dublin network are predicted to increase by 22 per cent as a result of the Dublin Area Bus Network redesign, published by the National Transport Authority (NTA) in Dublin.

The redesign of the network was a key measure of the Transport Strategy for the Greater Dublin Area 2016-2035. It is among the measures in Project Ireland 2040 and is included as an action point in the Climate Action Plan, published in early 2019.

Under the plan, the network will now be arranged on the basis of eight ‘spines’ from the city centre. Spines are said to be very frequent routes made up of individual bus services timetabled to work together along a corridor. At the end of the spine, the individual services branch off to serve different areas.

The plan also includes 10 orbital routes which will aim to reduce the need for passengers to travel into the city centre. Orbital services operate around the city, providing connections between suburbs and town centres, along with connections to rail, Luas and other bus routes.

A number of city-bound services operating into Dublin City Centre are also included in the plan. These are services that are not part of any spine and operate on their own timetable as part of the network.

Evening and weekend services will be increased and there is also provision for local services providing important connections within local areas, linking to local retail centres and to onward transport connections.

Anne Graham, NTA Chief Executive Officer, said: “Last year, we published for public consultation, our draft network plan. The level of engagement we saw from members of the public in that process was unprecedented, and it provided us with the kind of insight into our bus services, that cannot be garnered any other way.

I have no doubt that the plan we are publishing is one that will increase overall services levels for bus customers. It will also make the bus network more useful to more people and will make all parts of Dublin more accessible than ever before.”

NTA has produced information brochures and a route mapper tool that has been developed for people to find details of the new network for a journey.

This is also a significant opportunity to continue the growth and success of Dublin Bus and the city. It is clear from BusConnects that urban bus public transport is key to developing a modern, dynamic public transport network and harnessing the strong economic growth experienced over the last few years. With over 3 million extra customers carried by Dublin Bus in 2018, we will build on the strengths of this proposed network to the benefit of the city and our customers.”