Nexus has announced it is to commence work on the £6 million scheme to upgrade the Metro Central Station ticket hall and platforms in Newcastle. The work is part of the £389m Metro all change modernisation programme which will see station upgrade work right across the Metro system. Up to now, 23 Metro stations throughout […] 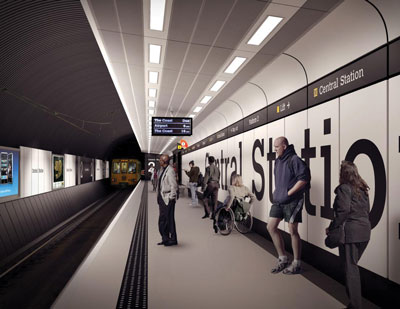 Nexus has announced it is to commence work on the £6 million scheme to upgrade the Metro Central Station ticket hall and platforms in Newcastle.

The work is part of the £389m Metro all change modernisation programme which will see station upgrade work right across the Metro system. Up to now, 23 Metro stations throughout the five districts of Tyne and Wear have already undergone modernisation.

The refurbishment at Metro Central Station gets underway on Monday 14 September, and will see a key regional gateway Metro station transformed in an 11 month programme of works.

The project will be co-funded by the Metro all change modernisation programme with £3.5 million coming from the programmes £389 million budget. The remaining £2.5 million will be provided by the Government’s Single Local Growth Fund.

Cllr Joyce McCarthy, Newcastle’s representative on the Transport North East committee, said: “Already people in Newcastle have seen the Central Station transformed into an impressive and welcoming gateway to the city. This work is the result of £10m worth of investment from a partnership of Newcastle City Council, NE1, Virgin Trains East Coast and Network Rail, with another £14m still to come for further works.

“The modernisation of the Metro concourse and platforms is an absolutely vital scheme that will further showcase the city to visitors. This exciting project will give the Metro station a vibrant new look.” 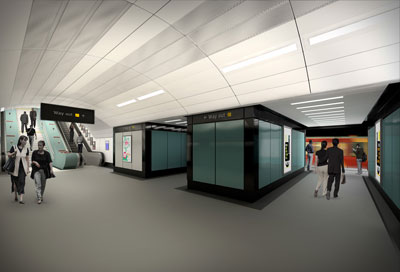 Head of Renewals at Nexus, Neil Blagburn, said: “We are modernising Metro stations across Tyne and Wear as part of our £389m modernisation programme.

“The project at Central Station will transform a key regional gateway. It will give the Metro concourse and platforms a vibrant, clean and more modern appearance.

“This is vital investment in the future of the Metro system and will dramatically improve the facilities for the five million customers who pass through there each year.”

He added: “The work will mean some evening closures but we will ensure passengers will have plenty of information to keep the amount of disruption to a minimum. None of the closures will happen on the days when Newcastle hosts its Rugby World Cup matches.”

Metro Central station, which is used by 5.3 million passengers a year, will receive improvements to accessibility, information and waiting facilities, as well as a bright new look. In addition, the station will see improvements to passenger waiting areas and platforms including new way-finding signage. New seating, which includes benches and renewed perch seats, and brighter lighting will be installed along with tactile paving to assist passengers with visual impairments.