Sheffield’s Supertram services back on track 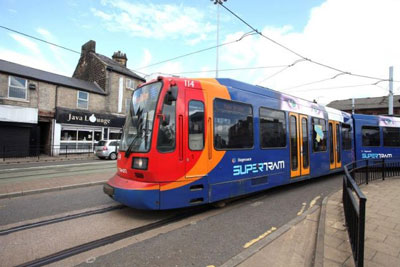 Sheffield’s Supertram network has returned to normal following the successful completion of essential engineering work to replace worn out sections of the track. 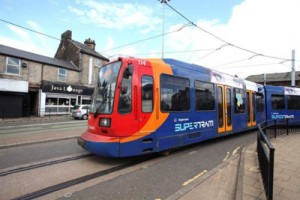 Scheduled improvements to Sheffield’s tramlines concluded on Ridgeway Road on Sunday 23 August, a week ahead of schedule.

This multi-million pound investment, by South Yorkshire Passenger Transport Executive (SYPTE) and Stagecoach Supertram, has seen VolkerRail replace over 3km of track in the Park Square, Castle Square, Hillsborough, Sheffield Station, City Road and Gleadless Townend areas of the city this year. In total VolkerRail has replaced over 12km of track over the past three years.

SYPTE interim director general, David Young, said, “Sheffield’s trams have carried over 245 million passengers and travelled over 50 million miles in nearly 21 years on the original network – the equivalent of travelling to the moon and back more than 100 times, leaving large sections of track close to being life-expired.

“The Supertram network is a fantastic asset for South Yorkshire and these essential works will protect its long-term future, including preparing the tracks for the new Tram-Train service that will operate between Sheffield and Rotherham from early 2017.”

VolkerRail’s regional manager, John Davison, added, “VolkerRail’s delivery team is delighted to have completed the works seven days earlier than planned. The programme has been challenging and we are very grateful for the patience and understanding of residents and businesses affected by our works.”

Stagecoach Supertram is offering 21% or more off of selected fares from 29 August to thank passengers for their patience during the rail replacement project and to link with upcoming celebrations for the 21st anniversary of the network in October 2015.

Supertram Managing Director, Margaret Kay, said, “We are very grateful to our many passengers who have been both patient and loyal to us during the rail replacement project. To say thank you and as part of our 21st anniversary celebrations we have some fantastic offers available over the next month. With 21% or more off selected tickets and our current £1 all routes Sunday offer, there’s a great deal available for all passengers.”