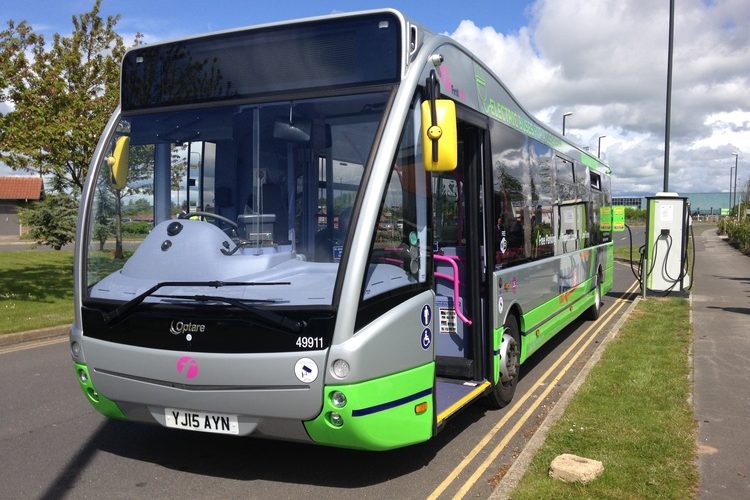 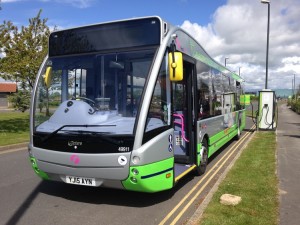 In total, six new Optare Versas buses have been introduced to the First Group operated Park & Ride scheme. Monks Cross is one of the UK’s most well used Park & Ride sites with over 4 million passenger journey recorded annually along with the city’s six other Park & Ride terminals. The introduction follows on from the success of a fully electric fleet put in service at York’s Park & Ride service at Poppleton in June 2014.

The new fleet has been made possible by approximately £566k of Green Bus Funding which was awarded to First Bus by the Department for Transport. The buses are topped up during the day using rapid chargers located at the Park & Ride terminal which enable a range of 120 miles per day, resulting in a significant reduction in emissions along the Monks Cross Park & Ride route.

Andrew Bradley, Sustainable Transport Manager at City of York Council said: “Over four-million passenger journeys are made on York’s Park & Ride every year, making this one of the most used Park & Ride services in the UK. As well as reducing congestion on York’s roads, these new fully electric buses replace existing diesel buses and therefore represent a further step towards improving air quality in the city”

Will Pearson, business manager of First in York, added: “First is proud to serve nearly 12m customer journeys a year in York including the successful Park & Ride service in partnership with City of York Council.

“This latest investment of nearly £1m in electric vehicles demonstrates our commitment to further improving bus services in York, supporting communities, the local economy and the environment by lowering air emissions & reducing congestion. 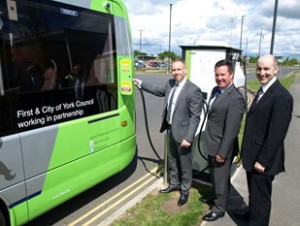 Enrico Vassallo, CEO of Optare PLC, said: “We are delighted at the success of the Optare electric vehicle fleet at Poppleton Bar Park & Ride and the Unibus route. There are over 80 Optare electric vehicles now currently in service across York, Harrogate, London, Nottingham, Coventry, Scotland, Switzerland and Holland and we anticipate the fleet at Monks Cross will also prove to be another example of electric vehicles delivering a commercially viable public transport solution. As the leading manufacturer of electric buses in the UK we are particularly proud to be able to contribute to improved air quality in our local area by supplying buses that are running on local routes to where they are manufactured in Sherburn in Elmet near York.”

All six Park & Ride terminals and on-board services across the city provide free Wi-Fi. This follows on from the success of the free Wi-Fi access pilot in the city centre.