Plans for a light-rail innovative hub in Dudley (UK) creating 50 jobs have been given a boost with the recent announcement of £4.5 million of funding… 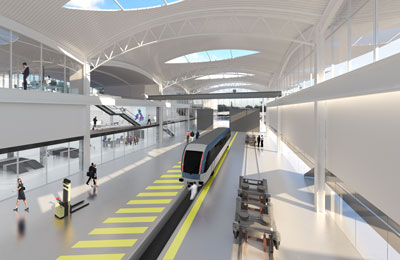 Plans for a light-rail innovative hub in Dudley (UK) creating 50 jobs have been given a boost with the recent announcement of £4.5 million of funding.

The centre, to develop and test the next generation of light-rail systems will also link Dudley to the national rail network for the first time in more than 50 years.

The funding announcement, through The Black Country Local Enterprise Partnership’s Growth Deal, accounts for just under a quarter of the £20 million scheme. The rest of the money will be generated through European funding, private sector investment and Dudley Council.

The Light Rail Innovation Centre will specialise in prototype vehicle design and construction, as well as providing education, and research and development facilities to local businesses.

Councillor Khurshid Ahmed, Cabinet Member for Transportation, said: “We are delighted to receive this first wave of funding for the project which is one step towards us revolutionising rail travel in Dudley as well as creating 50 jobs. This money will help create the centre which will be a landmark for innovations in light rail travel and help kick start our vision for the first links in Dudley to the passenger rail network in half a century.”

A Very Light Rail (VLR) line is set to be introduced to link Castle Hill to Dudley Port train station over the border in Sandwell, which is on the rail network linked to Birmingham city centre. 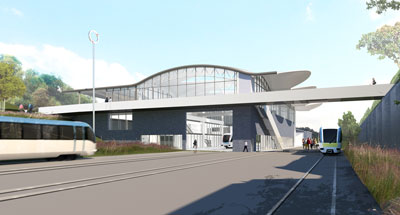 The scheme is part of a partnership Dudley Council formed has formed with Warwick Manufacturing Group, which is keen to use Dudley’s disused rail lines to test new light-rail technology.

The proposals will create around 50 jobs in advanced manufacturing at the outset, but have the potential to create hundreds more in the future.

The plans include an innovation centre on council-owned land off Station Drive and Tipton Road at the bottom of Castle Hill. It is the site of the old Dudley Train Station and work will involve re-opening the mothballed track from the site through to Dudley Port.

A line will be opened for testing new vehicles which are created in the innovation centre and another line will open for passengers to re-connect Dudley to the national rail network. Work on the scheme could start as soon as next year with council bosses setting a five year target for the rail line to re-open.

Dudley Train Station was closed to passengers around 60 years ago and the line to Dudley Port was then used as a freight line until the 1980s before being mothballed.

The technology used with Very Light Rail is a development on that used by Pre-Metro Operations Ltd on the train which links Stourbridge town to Stourbridge Junction.