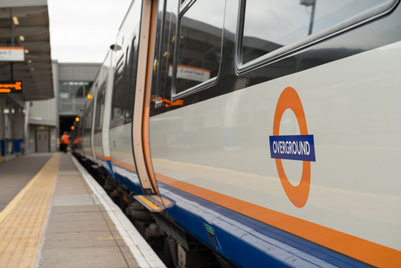 Transport for London’s (TfL) proposals to extend London Overground services to Barking Riverside received overwhelming support in the recent public consultation with 90 per cent of respondents in favour of the extension. The consultation report has been published today and is available here www.tfl.gov.uk/gospeloak-barking.

As part of the 2014 Autumn Statement, the Chancellor of the Exchequer announced that the Government will provide a loan of £55 million to support the extension to Barking Riverside. The provision of this loan means that funding is available to cover the full cost of the scheme.

The Mayor of London, Boris Johnson, said: “The extension of the London Overground will unlock the potential of the Barking Riverside area and support the creation of thousands of new homes. The results delivered by London’s first orbital railway are well proven; with London Overground driving forward regeneration in areas across the capital. I am delighted that so many people support its arrival in Barking.”

Michèle Dix CBE, TfL’s Managing Director of Planning, said: “This public consultation has demonstrated there is overwhelming support for this extension. Its introduction will directly unlock over 10,000 new homes. We will continue to develop the plans as quickly as possible with the intent to submit a formal application for powers to build the extension to Government at the end of 2015.  Subject to powers being granted, construction work could commence in 2017 with the extension opening by 2020.”

Planning work will now continue with a second public consultation expected in spring 2015. Subject to the outcome of consultations TfL will later this year seek to get powers from the Department for Transport (DfT) to build and operate this new section of railway.