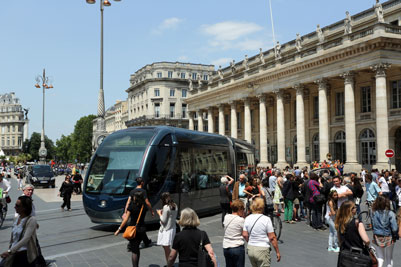 On Friday October 31st, the Metropolitan Council of Bordeaux (“CUB”i) unanimously voted to renew Keolis’ contract to operate the city’s public transport network for eight years. Since 2009, Keolis has been managing the Bordeaux network which serves 28 municipalities and a population of 720,000.

The newly delegated public service contract involves all transport modes. It will start on 1 January 2015 and will generate cumulative revenue of €1.7 billion. As part of the contract, Keolis commits to increasing passenger numbers by 34% and extending the network by 7% through new light rail lines. The contract will be signed by the President of the CUB, Alain Juppé, and Jean-Pierre Farandou, Executive Chairman of the Keolis Group.

Keolis’ offer stood out on the three main selection criteria defined by the CUB: financial, operational and governance & sustainable development. In addition, it met the ambitious mobility requirements set by the CUB in a challenging financial environment.

Jean-Pierre Farandou, Executive Chairman of the Keolis Group, stated: “I am delighted that the CUB has renewed its confidence in Keolis. This is testimony to our know-how in operating public transport services and to the quality of the partner relations that we establish with public transport authorities. The Bordeaux light rail system is set to become the largest in France, which will strengthen Keolis’ position as the world leader in this mode of transport.” 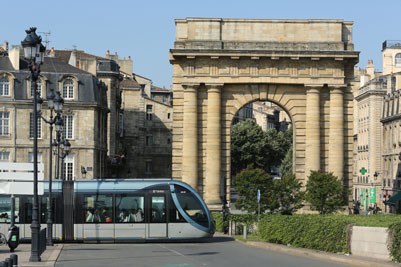 Cumulative revenue over 8 years of €1.7 billion
Investment by Keolis of €54 million
Passenger numbers up by 34% (compared to 2014)
Passenger revenue up by 52%
Assets under management of €2 billion