Catch the Bus Week is an annual celebration aimed at raising awareness of bus travel in order to drive a modal switch from car to bus around the country. Claire Haigh, chief executive of Greener Journeys, which spearheads the event, recounts this year’s activity. This year marked the third instalment of Greener Journeys’ annual Catch […] 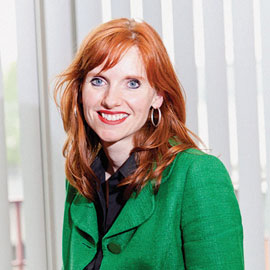 Catch the Bus Week is an annual celebration aimed at raising awareness of bus travel in order to drive a modal switch from car to bus around the country. Claire Haigh, chief executive of Greener Journeys, which spearheads the event, recounts this year’s activity. 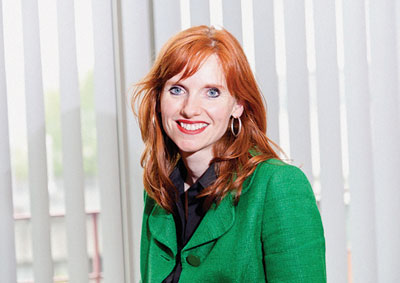 This year marked the third instalment of Greener Journeys’ annual Catch the Bus Week campaign, and once again we were delighted with the level of support we received. Bus operators, passenger transport executives, local authorities and passenger groups across Britain all helped ensure that the event was the biggest yet.

The success of Catch the Bus Week depends on the support of our partners. This year we were thrilled to have 215 different stakeholders backing our campaign by running competitions and events up and down the country – more than double the number from 2014.

We were also able to count on the support of no less than 22 Parliamentarians, who helped raise awareness of the benefits of bus travel through a wide range of activities in their constituencies between 29 June and 5 July.

Considering the level of political support, it was appropriate that the week kicked off in Westminster where Greener Journeys briefly took over one lane of traffic on Westminster Bridge. Attendees including buses minister Andrew Jones MP, Leon Daniels of TfL and a host of senior guests from UK bus operators were able to board a brand new Irizar i2e – the new breed of electric bus which Go Ahead has recently begun to operate in the capital.

This kicked off Catch the Bus Week with a bang and the hashtags #CTBW and #CTBW2015 helped keep our campaign active online throughout the week. Thanks to the support of key influencers including the Department for Transport, Transport for Greater Manchester, Age UK and Mumsnet – as well as our backers in Parliament – Catch the Bus Week updates were seen more than four million times online. 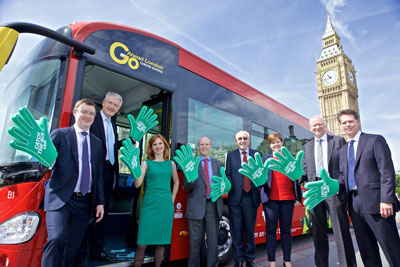 Our political backers showed their support in different ways, all of which contributed to raising awareness around the bus and the event itself. Mary Creagh MP, the former Shadow Secretary of State for Transport, secured valuable publicity by contributing a blog about Catch the Bus Week to the Huffington Post as well as visiting staff and apprentices at her local bus depot in Wakefield.

Huw Irranca-Davies MP took a bus journey blindfolded in conjunction with the Royal National Institute of the Blind, to gain insight into the experience of blind passengers, while Justin Tomlinson MP and Robert Buckland MP visited Thamesdown Transport to support the campaign. Chi Onwurah MP held a bus surgery where she met with local constituencies to discuss issues while on a bus, and numerous other MPs supported the campaign in their local press or through social media.

The enthusiasm and imagination of our partner bus companies and local authorities across the country was equally crucial to the success of the week, with participants identifying countless creative ways of raising awareness of the event and celebrating the bus with their local communities.

Engaging the next generation of bus passengers was a key priority in many areas, and several firms partnered with primary schools in their area to get children involved. Staff from First visited a number of schools to teach children the benefits of using the bus, and Stagecoach asked children in Lincoln to design the perfect bus. Arriva invited pupils in the Midlands to take part in a colouring competition, with the best entries winning family tickets to Drayton Manor Park and Twinlakes.

In Yorkshire, TransDev helped out a local charity – and gained some fantastic publicity for bus travel – by putting on a special bus to transport two goats from Harrogate to Knaresborough, where their lawn maintenance services were needed at Henshaws Arts and Crafts Centre.  TransDev director Alex Hornby said he was sure the animals would find the service as “delightful and convenient to use” as human passengers.

Other unusual events taking place on buses around Britain included the recording of an ECFM radio show on a Prentice service in Scotland, a ‘Back of the Bus’ magical mystery tour with New Zealand company Java Dance on a TransDev service in Lancashire, and a number of social media campaigns such as “bus selfie” competitions.

We were also grateful for the help of local authorities and PTEs in spreading the message about Catch the Bus Week. Centro for example ran a West Midlands-wide marketing and awareness campaign in partnership with bus operators and other stakeholders, based around two main campaigns: ‘Try the bus for free’ and ‘#busselfie’, which proved highly popular on social media. As well as setting up dedicated web pages for both campaigns, Centro delivered 8,500 leaflets and over 1,000 free bus tickets worth £8.10 each to local people.

Throughout the week, passengers across Britain were challenged to make the switch to the bus by local groups committed to promoting wider use of bus and coach travel. Mumsnet asked members in Exeter to park the car and ride the bus to a series of days out over the course of the week. Commuters in Bath were encouraged to take the bus to work as part of a month-long ‘big commuting challenge’, and in Nottingham one dedicated passenger won a month’s free travel by using their Easyrider card more than anyone else.

With so much activity going on around the country, it was no surprise Catch the Bus Week 2015 proved such a success, with many operators reporting a healthy increase in bus usage. Support from MPs, local groups and operators was even higher than last year, and the hashtags #CTBW and #CTBW2015 reached a staggering 4,222,920 impressions. We look forward to building even greater support during next year’s Catch the Bus Week, which we are delighted to announce will run from 4th-10th July 2016.