What are bus passengers telling us? “Reduce journey time; 30 minutes is tiring.” “Less heavy use of brakes by the driver…” “Would like a bit more leg room behind the seats…” These are just a few of the thousands of comments we have gathered during the latest Bus Passenger Survey (BPS), writes Linda McCord, Passenger Manager at Transport Focus… 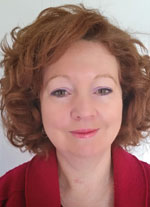 The BPS is now the recognised measure of bus passenger satisfaction. Through reliable, credible and collaborative work with the bus industry, it has become an influential and useful tool. The latest results were published by Transport Focus in March 2015.

We know that when bus companies and local authorities act on the findings of the survey it has a direct result for passengers. For example, First Bus in the West of England Partnership area scored 61% for value for money – an increase from 33% two years ago. Our survey underpinned this change and First Bus has said it saw an increase in bus usage as a result.

We have followed up the results of the survey with over 50 meetings with local authorities and bus companies across the UK. We discussed the results, action plans for improvement and how we can help.

There is a wealth of useful data to be explored through BPS. This is easier now as we have just launched a data explorer that can be found
on our website.

Punctuality is still one of the most import journey aspects operators need to get right. We regularly ask passengers if their buses turn up on time. We know from our BPS that passengers are consistently less satisfied with the punctuality of their buses than they are with bus services as a whole. Improving punctuality is their top priority for improvement.

So we thought it was high time that we talked to the people responsible for making sure the buses show up when they are supposed to. Did they know when, where and why their buses were delayed? What were they doing to tackle the problem?

The project has enhanced our understanding of when, where and why buses are delayed. The case studies have served to highlight the challenges of setting timetables to reflect variable patterns of traffic and patronage and have thrown up a number of recurrent themes, including traffic and parking, boarding and alighting, inadequate recovery time and, perhaps most surprisingly, exiting bus stations.

We now plan to take this work out into the field to ensure that key themes emerging are acted upon.

Beyond the traditional bus

Millions of people rely on local bus services to get them to work, school, hospital appointments and shops. Transport Focus wants to know how changes to rural services are resulting in new alternative services to conventional bus services.

We are researching what rural passengers and non-users in Suffolk, Hampshire and Worcestershire think of alternatives known collectively as demand-responsive transport (DRT). This includes alternatives such as minibuses provided by community transport organisations and shared taxis provided by private hire firms.

This research will look into questions such as how successful it has been from a passenger perspective, and whether it has met demand and satisfied passengers while saving public money. We will report later in the year.

Passengers continue to be satisfied with tram services

Ninety per cent of tram passengers are satisfied with their journey according to this year’s Tram Passenger Survey (TPS), also published in March 2015.

We talked to more than 4,900 tram passengers in Blackpool, Greater Manchester, the West Midlands, Nottingham, Sheffield and Edinburgh. The results show continued satisfaction during a year which saw significant investment across many of the networks surveyed.

Continuing high levels of tram passenger satisfaction demonstrates what can be done when these survey results are used to identify and deliver improvements that matter most to passengers. And the evidence from some areas shows they are doing just that. For example, the introduction of more new trams in Manchester and the West Midlands has increased capacity and enhanced the passenger experience. The right approach can make a big difference.