Ruter, Holo, Toyota Motor Europe and Sensible 4 have signed a contract to collaboratively trial the integration of self-driving technology into the public transport network of the Oslo and Akershus counties in Norway. 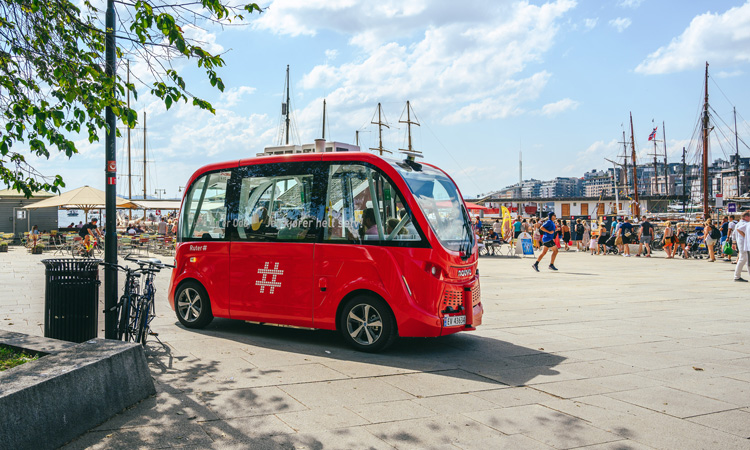 A newly signed contract between Ruter, the public transport authority for Oslo and Akershus counties in Norway, mobility company Holo, Toyota Motor Europe, and Sensible 4, the self-driving software development company, has paved the way for Toyota vehicles retrofitted with Sensible 4’s autonomous driving software to be deployed in the next phase of Ruter’s self-driving vehicle trials.

Sensible 4 has offered its all-weather autonomous driving system to the Norwegian pilot with Toyota vehicles. In a new collaboration between the partners, the aim is to launch a new service in Nordre Follo municipality, in the greater Oslo area in autumn 2020.

Sensible 4 CEO, Harri Santamala, said: “We believe the future of transportation will be autonomous and shared. This project with Ruter, Holo, Toyota Motor Europe and Sensible 4 enables self-driving cars to become a part of public transportation. We expect that together we can provide a smarter and more sustainable transportation form to people in their everyday life.”

Challenging weather conditions like snow, rain and fog is often considered a major challenge for autonomous cars, but this collaborative solution reportedly enables self-driving in all weather conditions and environments, which is said to be crucial for the Scandinavian climate.

The purpose of the self-driving vehicle trials is to explore ways to integrate autonomous vehicles into Ruter’s public transport service and provide new mobility services. Having already established two autonomous shuttle routes in Oslo, the focus is now being shifted to suburban environments outside the city itself.

“This partnership offers us crucial experience so we can continue to build our lead as the largest operator of autonomous vehicles in Europe. Holo wants to move mobility forward, for good. To be able to do that, we actively seek as much operational experience as possible with different types of autonomous vessels,” said Jakob Münter, Director of Finance and Planning at Holo.

“We see that consumers are increasingly choosing to pay for the trip rather than the vehicle. This is where we see a huge potential. Deploying different vehicles on a new route in Ski is an exciting opportunity for Holo. We aim to build a mobility cloud where individuals subscribe to mobility. With the vehicles from Toyota Motor Europe we can answer a more diverse mobility need,” he continued.