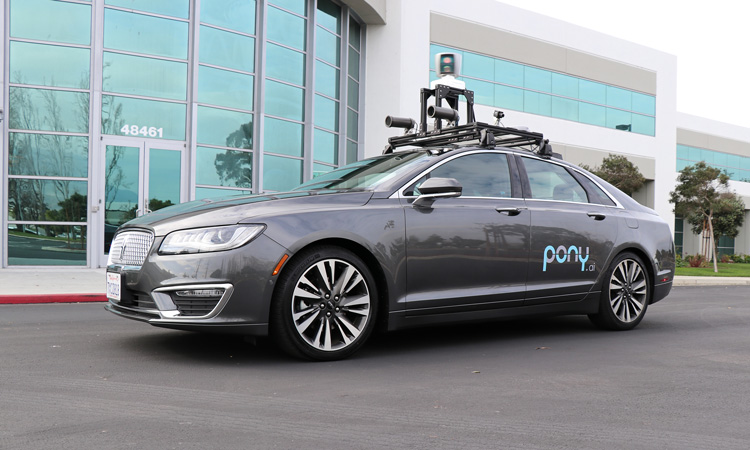 The City of Fremont and autonomous technology company, Pony.ai, have launched a pilot programme offering rides for a group of City employees via Pony.ai’s shared, on-demand, autonomous last-mile service. The participating employees will ride in Pony.ai autonomous vehicles from Fremont’s Amtrak/ACE Station to City Hall and City of Fremont Development Services Center.

“By partnering with a local autonomous technology firm Pony.ai, the City of Fremont is acting as a test bed for a transportation solution that has the potential to alleviate congestion, reduce carbon emissions, decrease the number of traffic accidents, and optimise vehicle and land usage,” said Fremont Mayor, Lily Mei. “Together, we are laying the groundwork for a safer and smarter city.”

Each vehicle will be equipped with Pony.ai’s autonomous driving technology along with a safety operator to ensure safe and smooth navigation of complex road scenarios.

The Fremont Mobility Action Plan, adopted in March 2019, is said to address both regional and local traffic congestion challenges and outlines the goal of decreasing drive-alone commuting from 73 per cent to 50 per cent by 2040. The Pony.ai pilot programme is one solution that the City has announced to be exploring to help meet this goal and serve the internal travel demands of Fremont’s growing population of 230,000 residents.

“In the long term, Pony.ai aims to offer a service that not only addresses the community’s daily transit needs, but also serves as a key enabler to a broader smart city infrastructure in Fremont and beyond,” said Pony.ai CEO, James Peng. “With our autonomous driving technology, we will facilitate business activity and create economic value for the broader region, as well as contribute to a safe and congestion-free transportation environment.”

The announcement comes after Pony.ai announcing that it has raised $400 million from Toyota Motor Corporation to deepen and expand the two companies’ collaboration in mobility services. The investment is said to come as an extension of a business partnership that was formed between Pony.ai and Toyota in 2019. Building upon the foundation established last year, both companies aim to further advance their joint efforts in autonomous driving technology development and mobility service deployment. The new funding totals $462 million and puts Pony.ai’s valuation at just over $3 billion.