Following a thorough safety review from the Land Transport Authority e-scooters have been prohibited on all footpaths in Singapore. 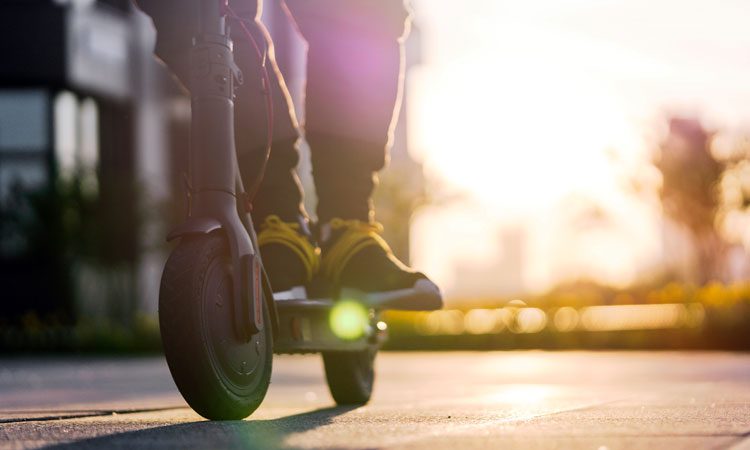 The Land Transport Authority (LTA) in Singapore has decided to prohibit the riding of e-scooters on all footpaths, which limits their use to cycling paths and Park Connector Networks (PCNs).

Since the Active Mobility Act was passed in February 2017 to allow the use of PMDs on public paths, the LTA has said it has sought to encourage the responsible use of these devices through education, enforcement, regulations and infrastructural enhancements.

Despite significant efforts, offences relating to errant behaviour and incidents involving e-scooters remained on an upward trend, the LTA said. This has led to much anxiety among pedestrians, particularly more vulnerable groups such as the elderly and young.

In the wake of recent incidents involving errant e-scooter riders, the LTA has conducted a thorough safety review and will take decisive action to restore safety on footpaths.

To give e-scooter users time to adjust to the ban, the LTA has said it will provide an advisory period from 5 November to 31 December 2019.

From 1 January 2020, a zero-tolerance approach will be taken and those caught riding an e-scooter on footpaths will face regulatory action. Offenders are liable for fines up to $2,000 and/or face imprisonment of up to three months, if convicted. 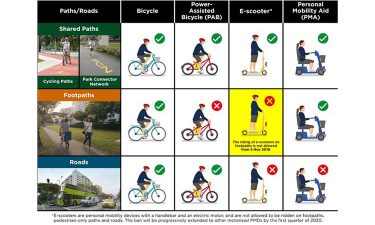 Electric scooters have been banned on all footpaths in Singapore due to safety concerns (credit: LTA Twitter).

After the e-scooter ban on footpaths takes effect, e-scooter users can continue to use cycling paths and PCNs. There are currently about 440km of cycling paths island-wide and the LTA has said it will expand this network to 750km by 2025, and triple the distance by 2030.

Furthermore, following recent accidents involving PMDs, the Minister for Transport has issued a safety directive prohibiting e-scooter sharing services. Hence, LTA will reject all existing licence applications and will not be inviting applications for PMD sharing licences until further notice.