Despite more fuel-efficient and cleaner vehicles, greenhouse gas emissions from road transport in the UK have continued to increase for the past 30 years due to an increase in traffic. 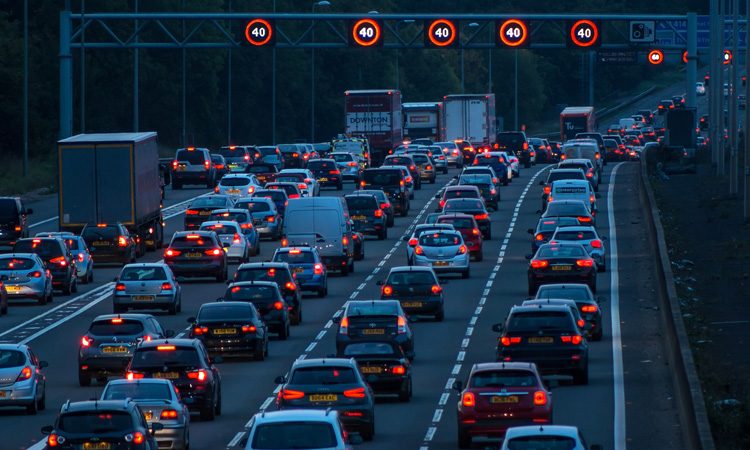 Greenhouse gas emissions from road transport in the UK increased by 6 per cent from 1990 to 2017, with an increase in road traffic to blame according to new government figures.

Road traffic in Great Britain increased by almost 30 per cent during that period, with miles travelled having increased from 255 billion in 1990 to 328 billion in 2018.

Carbon emissions peaked in 2007, but the financial crisis saw rates of road traffic decrease. Since 2013, road emissions have steadily risen again to over 118 million tonnes in 2017 – more than 20 per cent of the UK’s total emissions.

Emissions from road transport will be significantly impacted by the adoption of the net zero target by 2050. As the UK looks to meet the target, the government’s ‘Road to Zero’ transport strategy includes the ambition that almost every car and van will be zero emission by 2050.

In 2018, just 0.5 per cent of 39.4 million licensed vehicles in the UK were ultra-low or zero emissions vehicles.

The Committee on Climate Change (CCC)’s net zero technical report notes that, in order to achieve the net zero target, sales of non-zero emission cars, vans and motorcycles are likely to need to end by 2035.

Car owners were encouraged by government in previous decades to switch to diesel, a policy that helped limit carbon emissions but contributed to worsening air quality in urban areas. Though greenhouse gas emissions improved relative to the volume of traffic, the slow rate of change has resulted in the transport sector overall – including rail and domestic aviation – overtaking energy production as the most polluting sector.

New registrations of petrol-fuelled cars continued to increase in 2018, whilst those fuelled with diesel continued to decrease, leading to the proportion of all licensed cars that were diesel falling for the first time in 20 years.

Jenny Bates, a campaigner at Friends of the Earth, said: “Despite noise made by vehicle manufacturers about cleaner petrol and diesel technology, transport is still the most climate-polluting sector and it’s clear petrol and diesel sales have to stop as soon as possible. Admittedly there has been some progress but the ever-increasing number of car miles is still locking us in to a high-carbon future, as well as causing health-damaging air pollution.

Friends of Earth, The Committee on Climate Change (CCC)