Over 24km of London’s roadways have been chosen for the real-world trial of autonomous vehicles within the UK. 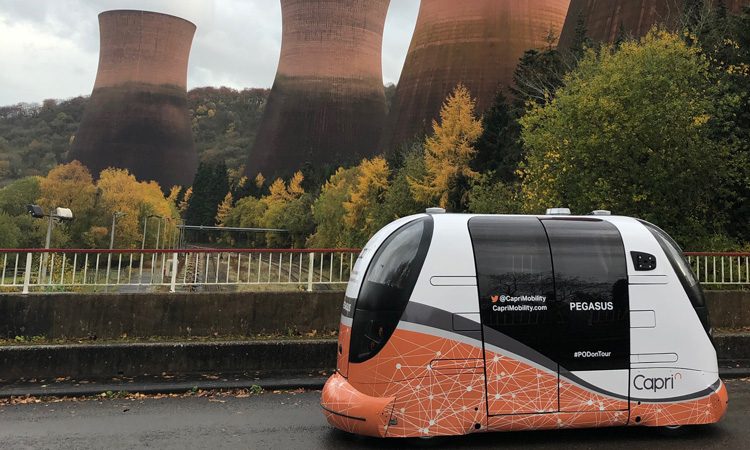 Located in the Royal Borough of Greenwich and Queen Elizabeth Olympic Park in Stratford, the test routes are not only a first for London, but also a UK industry first in offering transport innovators the ability to design their own test routes on public roads in a ‘real-world’ urban environment. Advanced roadside monitoring infrastructure will be installed to increase safety and provide information on how vehicles behave in real world situations.

According to SMLL’s own research study of the connected and autonomous vehicle (CAV) market, 84 per cent of industry decision-makers agree that the UK needs its own testing facilities. With 67 per cent of them also agreeing that CAVS will make roads safer, the ability to test vehicles in a scalable, everyday environment is essential to developing and rolling out driverless cars.

The sites incorporate 24 kilometres of existing roads remotely monitored by live CCTV, roadside sensors for collecting and sharing data both from the vehicle systems being tested and from communications between the vehicle to the infrastructure. SMLL customers will be able to create their own bespoke routes around the two sites. The SMLL routes, incorporate a wide range of road and junction layouts, crossings, bus and cycle facilities to test vehicle performance in real world conditions.

Such flexibility allows for true customisation to meet customers’ specific needs, whilst ensuring that safety remains a central premise. Test features are available at different levels of complexity for self-driving cars and other vehicles, enabling SMLL customers to progress in a safe fashion from digital twin simulation to increasingly complex real-world testing.

Iwan Parry, Market Development Lead, TRL, said: “SMLL’s world-class testbed will ensure any organisation has simple and straightforward access to real-world urban road conditions utilising established safety processes, audited test routes and independent test data from our on-road infrastructure and analysis technologies. It will play a crucial role in helping transport innovators to commence real world testing on urban roads of varying complexity, and support the continuous research and development required to make future transport solutions such as self-driving cars a reality for road users in the UK and internationally.”

Trevor Dorling, Managing Director, DG Cities, commented: “We have identified a need that goes beyond traditional test tracks to offer customers a progressive, connected test environment in the Royal Borough of Greenwich and at Queen Elizabeth Olympic Park. It builds on work with GATEway and other initiatives across the consortium of SMLL partners to put London at the forefront of the future of mobility.”

Ben Coulter, Head of Sustainability at London Legacy Development Corporation, added: “We know that for connected and autonomous vehicles to be successful we need to enable transport innovators to test in a complex urban environment that features human-driven vehicles and pedestrians. That’s exactly what we can do at Queen Elizabeth Olympic Park, enabling the practical implications of this technology for people’s everyday lives to be fully explored before it is introduced more widely. This is part of a wider programme of work underway at Queen Elizabeth Olympic Park to use technology and integrated approaches to innovate and support the operation of resource efficient, low carbon, connected and future ready places.”