Pere Calvet wins 96 per cent of the general assembly vote to be re-elected as UITP President for another two years. 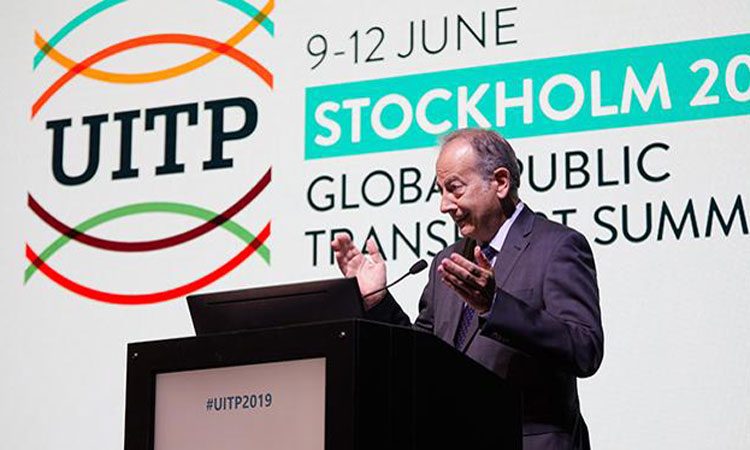 The UITP has re-elected Pere Calvet as President of the association.

Mr Calvet won 96% of the vote during the recent UITP Global Public Transport Summit held from 9 -12 June 2019 in Stockholm.

The vote for a new UITP President takes places every two years, and is decided by its members.

“I have really enjoyed the first two years of my mandate. There were a lot of challenges, but with the commitment of the Executive Board, we have reached so many accomplishments to move the association forward,” commented Pere Calvet. “During the nect two years, we will keep modernising the governance of UITP and we will provide it with new tools needed to better accomplish its missions. I will remain committed to advancing UITP and the sector at every opportunity.”

In 2017, upon his first election as President during the 2017 UITP Global Public Transport Summit in Montreal, Pere Calvet presented his vision to keep modernising the organisation and more importantly, to further professionalise it – which the organisation states has been carried out to great success.

The UITP, led by Secretary General Mohamed Mezghani, congratulated President Calvet on his much-welcomed reappointment and looks forward to what the next two years under his leadership will bring.

“It has been a pleasure to work side-by-side with the President these past two years,” stated Mohamed Mezghani, UITP Secretary General. “Through his leadership within UITP, and his commitment to our sector, we have moved the association forward. There are many important tasks that lie ahead and I know with his dedication, we can achieve them. I want to congratulate Pere on his reappointment and I look forward to the work we will carry out going towards Melbourne, Australia for the next UITP Summit in 2021.”