Leicester submits bid for £10 million to improve its transport network

Cities and regions across the UK are bidding for a share of £1.2 billion of DfT funding for schemes that support the local economy and improve air quality. 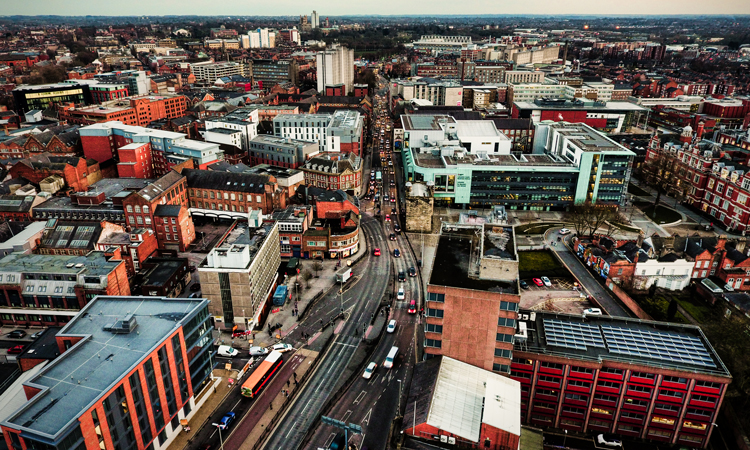 Leicester City Council has submitted a bid for £10 million of Department for Transport funding for a range of city transport schemes.

The bid – as part of the council’s Transforming Cities work – would secure investment for major projects focused on walking, cycling and bus infrastructure across the city.

Leicester is one of 10 cities, selected from the 27 that originally applied, invited to bid for a share of £60 million in the first phase of the initiative, for schemes to be delivered in 2019/20.

A public bike-share scheme is also being proposed, to help people travel between the city centre, workplaces, universities, hospitals, new regeneration areas, football and rugby grounds and nearby neighbourhoods.

City Mayor, Peter Soulsby, said: “In submitting this bid to the DfT, we have put forward a number of schemes to build on the work of Connecting Leicester and continue to improve transport links across the city. A share of the DfT funding would enable us to bring forward some very significant schemes focusing on better transport infrastructure to support the city’s economy, using smart transport technology and encouraging more people to use buses, walking and cycling networks connecting more areas of the city.

“The prospect of a bike-share scheme is a very interesting one and we are currently looking into the details, as well as the logistics of how a scheme could best work for the city.”

The service is designed to cut congestion on the busy A6 corridor, and using electric buses would help cut air pollution.

Leicester City Deputy Mayor, Councillor Adam Clarke, added: “The proposals set out in this bid are key to making sustainable transport in the city more accessible and more appealing to people. Developing easy-to-use smart ticketing, creating a network of comprehensive walking and cycle routes, and introducing electric buses on one of the city’s main Park and Ride routes are all big steps towards improving air quality, cutting congestion and making sustainable travel in the city more attractive.”

The city council is expecting to hear from the DfT regarding whether it has been successful later in February 2019.