In March 2018, open payment on trams was well received by travellers in Dijon, and so the service is to be extended to buses. 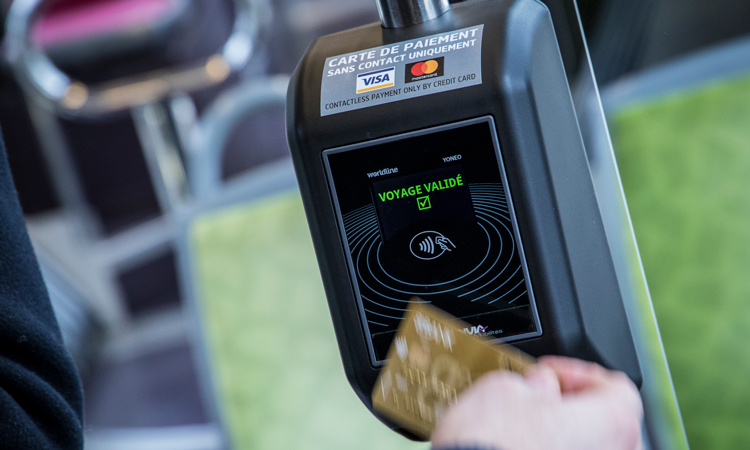 Building on the success of open payment since the launch on 24 March on the Dijon tramway, Keolis and Dijon Métropole have decided to extend the service to buses in the metropolis.

This means Dijon becomes the first French city to equip both its buses and trams with contactless validation terminals.

Passengers on bus lines 3 to 7 of the DiviaMobilities network can now pay for their journey directly onboard with their contactless card or smartphone. This open payment service will be rolled out over the entire bus network until mid-December.

Initially planned for 2019, the deployment of contactless payment onboard buses has been advanced to respond rapidly to the growing expectations of passengers and to facilitate access to the public transport network DiviaMobilités, for residents, travellers and occasional visitors alike.

After having launched, in 2017, the first public service delegation of global mobility (including public transport, parking and self-service bicycle rental) in France, Dijon Métropole is the first French agglomeration to propose a solution for open payment on public transport.

Opened on 27 March 2018 in Dijon trams, open payment allows travellers to pay and validate their trip directly with their contactless card or their smartphone. Since its launch, 240,000 trips have been made by contactless cards (only 30,000 were originally planned), by 46,000 different customers.

Since the beginning of September, open payment has been used by nearly 2,000 passengers every day, a 50 per cent increase compared to June and 22 per cent of daily users are new customers.

Open payment allows users to avoid queues at ATMs and stations. All they have to do is board the vehicle and validate their journey by approaching their contactless card or smartphone to the validation terminal provided.

Travellers are assured of always paying the most advantageous price according to their journey, without having to present a paper proof during the check. The open payment system implements the tariff rules in force for conventional tickets. From the third validated trip, the daily PASS rate is applied and capped and allows an unlimited number of trips in the same day. During the check, a simple validation of the traveller’s payment card or smartphone on the controller’s terminal is sufficient to justify the travel document.