New automated sections of the Barcelona metro, suitable for driverless trains, improve the quality and sustainability of urban rail transport. 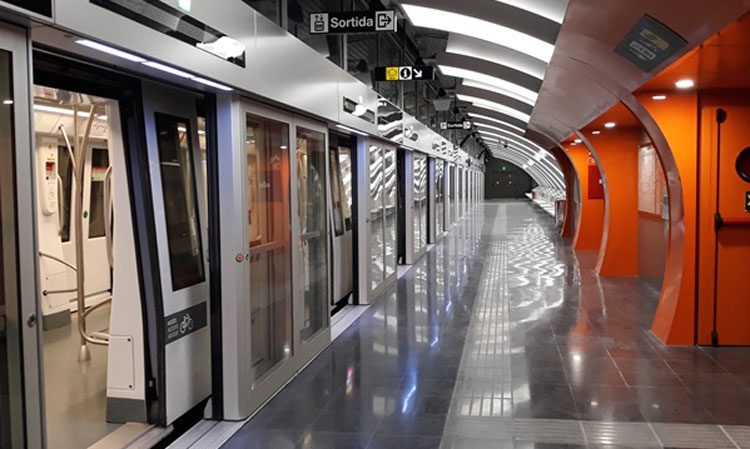 The Barcelona metro, the second largest in Spain in terms of size and demand, has taken another step forward in its expansion throughout the metropolitan area, as well as adopting cutting edge technology to improve the quality and sustainability of urban rail transport.

Line 10 South became a reality on 8 September 2018, taking the metro, in its automated version, to some of the last residential areas of the city that lacked access to the urban rail network. Initially, the new metro line will have five stations, two of which are newly built and three that are shared with Line 9 South (operational since 2016).

The opening of Line 10 South means that 33km of Barcelona’s metro network now operates using GoA4, the most advanced form of automation, representing 27 per cent of the network (a total of 121km). Therefore, the city continues to be firmly positioned at the forefront of the international trend towards implementing automated solutions on newly constructed metro lines and even on old lines that are being renovated.

The trains take nine minutes to cover the 4.5km that separate the terminus stations Foc (Barcelona) and Collblanc (L’Hospitalet), of which 2.5km represent a new section of track and the remaining two kilometres are shared with Line 9 South. There is also a 1.6km long double-track tunnel that the trains use to change direction, meaning that the entire operation extends over a distance of 6.1km.

Previously, other stretches of Line 9/10 project went into service as part of a major project that will provide 48km of track, designed to give a decisive boost to public transport and sustainable mobility in the metropolitan area of Barcelona.

Line 10 South, together with other sections previously opened, shares the advantages of driverless trains, notable among which are high levels of safety thanks to the sophisticated control systems and the installation of doors on the platform to create a space between passengers and the trains.

In 2009, Barcelona was a pioneer in adopting comprehensive automation (trains and stations) on the Line 9 North section. Since then it has consolidated its leading position in Spain (it has the only automated metro system in the country) and worldwide, as a member of the exclusive club of heavy metro systems with driverless technology.