Innovation Report details new concepts that will be presented in 2018

In the age of Industry 4.0, big data and artificial intelligence, more exhibitors are devoting their attention to areas where digitisation plays a major part, resulting in new inventions and ideas, and many of these will be presented at InnoTrans 2018… 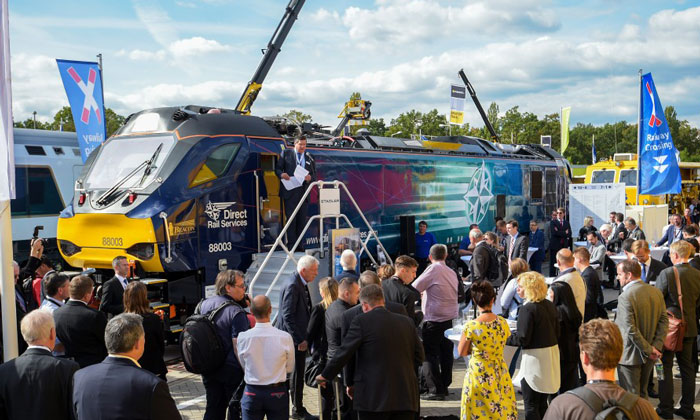 Many innovations will make their debut appearance in Berlin, Germany, at InnoTrans 2018, including a new S-Bahn (light rail) vehicle for Berlin, an entire rail-mounted concrete factory on a single wagon and an inventive passenger and goods transportation system.

In the following months leading to 18-21 September, an Innovation Report is regularly updated and continuously available. Currently, 50 innovations from 15 countries, including 20 world debuts are included. This innovation guide can be collected in print at InnoTrans once the event has opened.

The trade fair will include a futuristic transportation system by Terreplane Technologies, a company from Columbia/U.S. The system is powered by glider-type vehicles that drive themselves forward with wheels or linear motors at high-speed along guideways consisting of 1.5-inch diameter cables. The infrastructure resembles the towers and cables employed on aerial lifts. The company claims that costs can be reduced by four fifths compared to car, train and air transport.

The French company, Ateliers d’Occitanie, will also be present and demonstrating the newly designed rail-mounted concrete factories which vary in size, ranging from an entire train to a single wagon. These are used in tunnel construction, for example. Mounted on a single wagon, the new type of concrete factory has a capacity of 12 cubic metres.

At InnoTrans 2018 the Siemens/Stadler manufacturing group will be exhibiting the first of a new generation of trains for Berlin’s S-Bahn system. Comprising of four carriages, this open-plan, walk-in unit from the DB 484 series is to go into service in the German capital in 2021.

With a focus on efficient transport, environmental protection and safety in equal measures, companies from Germany, Spain and Switzerland will also be presenting their new concepts. CN-Consult from Mittenaar in Germany makes use of digital systems and have developed DiLoc|OnBoard, a hardware-independent software system. The Spanish company, Revenga Smart Solutions, is exhibiting CiberTrack, a rail-bound security system that protects against cyber-attacks. The Swiss company, FAIRTIQ will market an app that identifies the user’s geographical location and requires only one click to purchase a fare, eliminating the search for a ticket machine.