The extended line, worked on by Siemens, will allow passengers to travel directly between the Orly airport and the Paris city centre, serving the north of Paris through to the Saint-Denis Pleyel station… 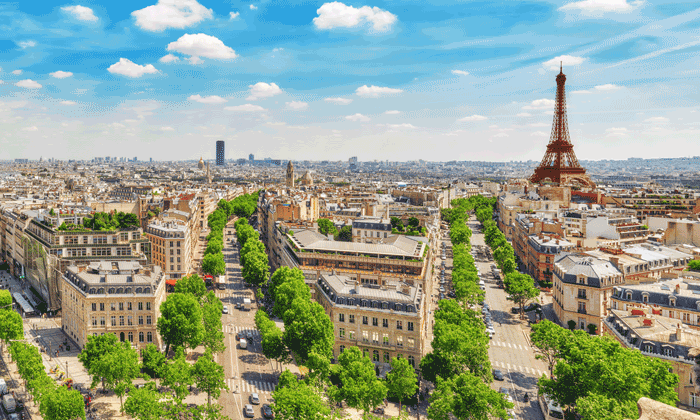 This line is the backbone of the Grand Paris Express, the new fully automated transit network planned for the French capital. It is the largest transport project in Europe and will support the development of Greater Paris into a sustainable metropolitan area.

The contract comprises the Grade of Automation 4 (GoA4) Trainguard MT CBTC and an option for maintenance services over the system’s lifetime. The extended line 14 route will be 28km long with 21 stations. The work comprises replacing the existing CBTC system with a new one on the existing line sections and the existing 35 trains on-board. 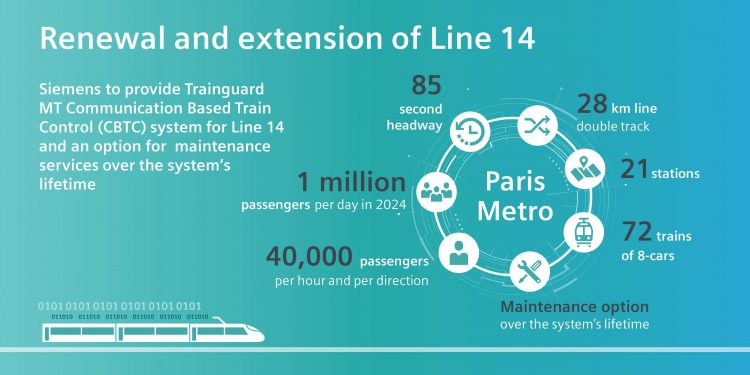 “RATP’s continued trust in the CBTC solution demonstrates their commitment to meet the demands of Paris and the Ile-de-France region’s constant urban expansion through infrastructure refurbishments and extensions; helping retain the region’s development in a sustainable way,” said Michael Peter, CEO of Siemens Mobility Division. “It also ensures continued optimal operational performances, with an eight-car train every 85 seconds, enabling RATP to provide easier and more efficient connections for passengers more safely and comfortably.”

With proven technology, Siemens is ensuring guaranteed availability, maximum throughput and enhanced passenger experience. The system is expected to go into operation in 2024, when the capacity of line 14 will benefit 40,000 passengers per hour and per direction, making it the most frequented line of the Paris metro.