Gatwick to Heathrow in five minutes, claims CEO of Virgin Hyperloop One

It is being suggested that in the future, Gatwick, Heathrow and Stansted airports will be linked into a giant hub by hyperloop’s high-speed transport… 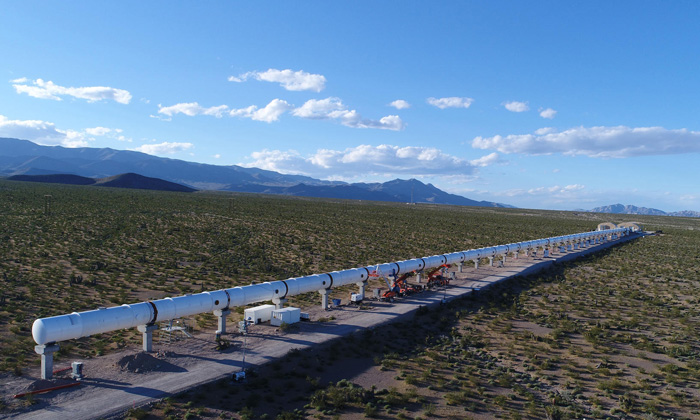 The low pressure tube could be used to connect the airports “in five minutes”, according to Lloyd. “We’re thinking about how technology could make it a much different proposition than the third runway,” he told The Telegraph.

In October 2017 a public consultation into the third runway at Heathrow occurred due to the worries that without an expansion London’s airports would hit full capacity by 2034.

Calculations show the Hyperloop pods, moving by electric propulsion in a low-pressure tube, could transport people and goods at 670mph. Consequently it would only take seven minutes to travel between Heathrow and Stansted.

The company, which made Sir Richard Branson non-executive Chairman in 2017, aims to have a fully-operational hyperloop in 2021. However there are many scepticisms and doubts to whether the technology will emerge for public use within the next two decades.

If and when the project is successful, Branson has implied a journey between London and Edinburgh would take 50 minutes. Currently, the new HS2 trains take three and a half hours to complete that journey, and to fly it would take an hour and a half.

The Virgin Hyperloop One is set to become an icon for sustainable public transport; relieving vehicle congestion, reducing air pollution and enhancing the experience of travelling for .

One response to “Gatwick to Heathrow in five minutes, claims CEO of Virgin Hyperloop One”