A new version of onTime, a commuter scheduling app for the US, is now available for Android devices… 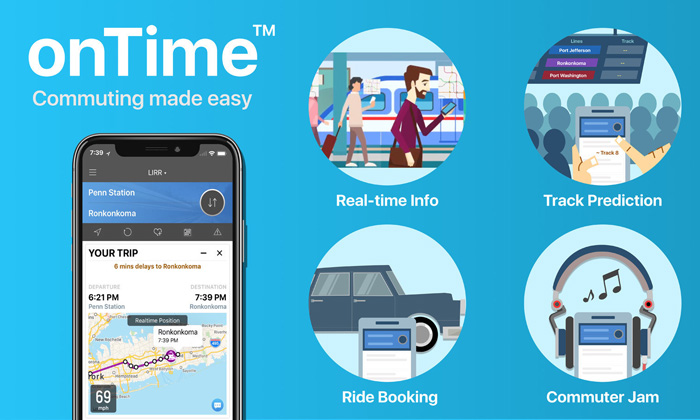 Mobile app company Mobileware, Inc. announced the release of onTime for Android devices, a transport scheduling app for commuters. The free Android version incorporates the same features that made onTime the popular in the App Store, including schedules for rail, trains and buses across the US.

Mobileware has also made significant enhancements to the latest version of onTime for iOS, including better real-time transit information, track number prediction, end-to-end ride service and scores of other features to make commuting more pleasurable.

“Our mission from day one was to make commuting easier and more enjoyable,” said Mobileware, Inc. CEO, Yun Zhang. “We’ve received many requests for Android versions of our apps.  This is the first time we released an app for the Android eco-system and we were blown away by the initial enthusiastic adoption and user reviews.”

Another useful new feature of onTime is track prediction.  Knowing the track number early gives users an advantage in securing their preferred seats without having to wait or rush.  Additionally, getting to and from the station is now more convenient thanks to the app’s integration with ride-hailing service company Lyft. Known as the first mile and the last mile ride service, Lyft integration enables commuters to arrange end-to-end transportation all from within the onTime app.

A crowdsourced music playlist, daily quotes and riddles have been incorporated into the app to help improve passengers’ commutes. Alongside this, users of onTime have access to a tool that enables communication between fellow travellers, helping report and recover lost items.

Payments can be complex, but Elavon made them easy for Translink