Solaris Bus & Coach has won two contracts to deliver electric buses to Nurnberg and Fürth in Germany by the end of the year. 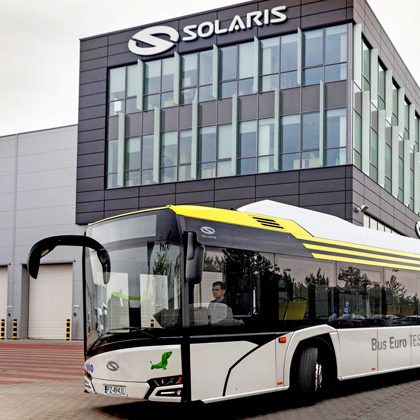 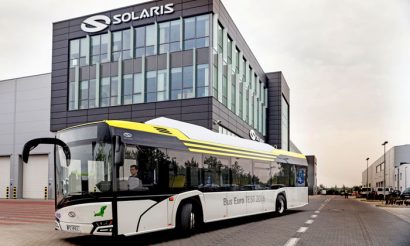 The first agreement was signed with VAG Verkehrs-Aktiengesellschaft, a public transport operator from Nurnberg and a nearly identical vehicle will be delivered to Infra Fürth Verkehr GmbH, from the neighbouring city of Fürth.

Both operators have signed contracts for the new Solaris Urbino 12 emission-free electric bus, which will also be the first fully electric buses in both Nurnberg and Fürth.

Both buses will be equipped with ZF AVE 130 electric axles with an integrated electric motor and a Medcom drive system. The drive, as well as the air conditioning and heating will be powered by the energy stored in 240kWh batteries.

Furthermore, both buses will be charged via a plug-in system which allows forovernight charging at the depot and they will have a charger mounted on the roof, which will enable the buses to be charged outside the depot.

The innovative vehicles will also be prepared for a future installment of the pantograph which will allow the fast charging to take place while the bus is on route.

The buses will also have internal lightening made of energy efficient LED lightening including red warning LEDs flashing when the doors are operating. On board, there will be a sophisticated monitoring system installed, which will allow the driver to observe and control passenger exchange efficiently. Furthermore, the elements of the system mounted at the back of the buses will prove useful while manoeuvering.

There will be 20 seating places and additional three folded seating available in the Nurnberg bus, while its equivalent from Fürth will accommodate 28 seated passengers and have another 5 folded seats available.

Solaris aim to have the new electric buses arrive in both cities by the end of this year.