Strathclyde Partnership for Transport (SPT) has signed a contract with a Stadler Bussnang AG / Ansaldo STS Consortium for the supply of new trains for the Glasgow Subway.

Strathclyde Partnership for Transport (SPT) has signed a contract with a Stadler Bussnang AG / Ansaldo STS Consortium for the supply of new trains for the Glasgow Subway.

On Friday 04 March, operator SPT unveiled designs for a new subway train as part of the Glasgow Subway Modernisation Programme – its first full-scale upgrade in more than 30 years. The contract for the supply of new trains, as well as signalling and equipment, has been awarded to a Stadler Bussnang AG / Ansaldo STS Consortium at a total order value of £200 million.

The announcement was made following a meeting of the SPT Partnership which approved the recommendation that the consortium offered the best value and solution option to deliver the contract. 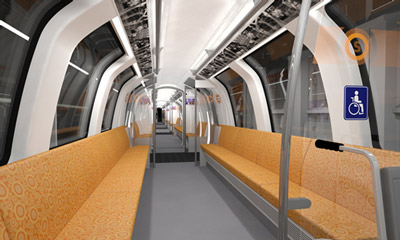 SPT Chair Jonathan Finlay said: “The SPT Partnership Board is delighted at this award of contract which continues the great work that our staff has been engaged in over the last few years modernising our Subway Stations and infrastructure.

“The new Rolling stock will provide the travelling public with a much improved journey experience and the system will be more flexible in terms of frequency and availability.”

SPT Chief Executive Gordon Maclennan said: “This contract is a key part of our plan to modernise the Subway for generations to come. We are all aware of the proud rail history of the Subway as the third oldest in the world and our plans for modernisation will ensure that the Subway continues to be an essential component in the transport network of the future.”

Built in 1896, the Glasgow Subway forms a small circle in the centre-west of Glasgow. The entire passenger route is underground and contained in twin tunnels which in places are only 3.4m in diameter. As a result, the subway has an unusually small and unique track gauge of 1220mm (4 feet from rail-to-rail). Fifteen stations are distributed along the route length of just over 10km.

The new trains will be the same length and size as existing rolling stock but will be a four-car set, as opposed to the current three-car set, with open gangways to maximise the space available and allow for wheelchair access with wheelchair users able to access the system at St Enoch in the City Centre and Govan at the new transport interchange which is currently under construction. 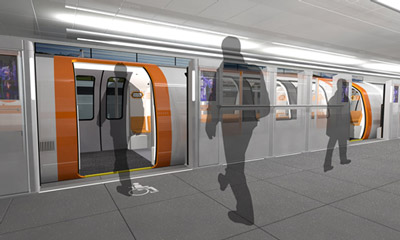 The Subway’s signalling equipment, control systems and control centre will all be replaced to accommodate the new Subway trains and enable improved availability and reliability.

The system will include new platform screen doors, which will be ‘half height’ to preserve as much space and openness within the stations as possible while still maintaining passenger safety and security.

Peter Jenelten, Executive Vice President Marketing & Sales for Stadler said: “This project is a major milestone for Stadler. It is the first time that Stadler’s rolling stock will be part of a driverless underground system.”

Commenting on the order, Derek Mackay, Minister for Transport & Islands said: “I welcome the achievement of this important milestone in the project being taken forward by SPT to modernise the Glasgow Subway, towards the costs of which the Scottish Government will be providing up to £246 million, in line with the commitments we made in 2012. New rolling stock and signalling will help ensure that this historic metro system continues to serve passengers for many years to come.”