Following the highest temperatures on record in the UK, Network Rail has brought together a selection of experts that will work to identify ways in which the railway can develop its approach to resilience during hot weather. 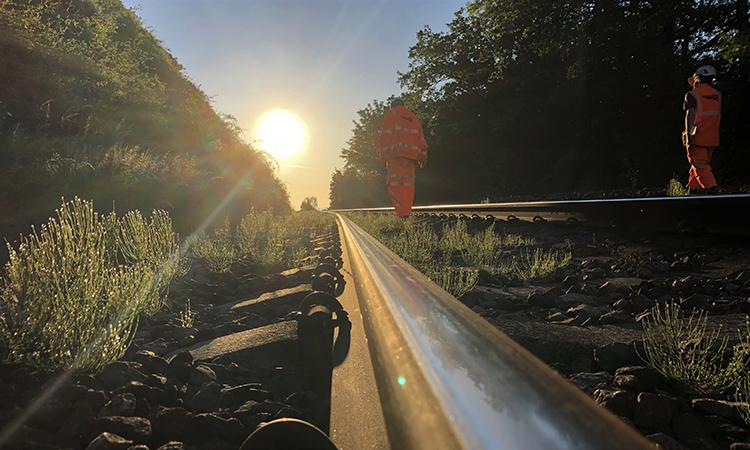 On 19 July 2022, for the first time on record, temperatures in the UK exceeded 40°C (104°F). As a result of the severe heat, transport services – particularly rail – were heavily impacted across the country due to temperatures higher than the design limits for track and overhead line equipment, as well as line side fires.

Following the unprecedented heatwave, Network Rail has announced the launch of a new taskforce led by independent experts to investigate and make recommendations on how the railway can develop its approach to resilience during hot weather.

The review will consider four key areas, each led by an independent expert in their field. Three of these areas will be focused on gathering insights from other countries and making comparisons with international rail networks that are more used to dealing with extreme heat and fluctuations in temperature.

Andrew Haines, Chief Executive of Network Rail, said: “The weather that we’ve experienced this week has put a huge amount of pressure on our infrastructure, our staff and our passengers, and with extreme weather events becoming more frequent as our climate continues to change, we’ve got to pull out all the stops to make our railway as resilient as possible.

“That’s why I’ve decided to commission this taskforce, spearheaded by leading global experts, whose considerable experience in their fields both in the UK and across the world will arm us with the guidance that we need to make our railway resilient in the face of climate change for generations to come.”

Dame Julia Slingo FRS, former Chief Scientist at the Met Office and a world-renowned expert in climatology, will examine the likelihood of more frequent extreme hot weather events in the UK and how high-quality, detailed and timely weather forecasting can be maximised by Network Rail to mitigate the impact of heat on its infrastructure. Dame Slingo recently led a weather action task force focussed on equipping Network Rail with a better understanding of the risk of rainfall to its infrastructure.

Sir Douglas Oakervee will draw on his 60 years of experience in engineering to investigate options to ensure that the railway infrastructure can continue to function safely and reliably during very hot weather. This work will particularly focus on the performance of track and overhead line equipment, as they are the two most common causes of delays and disruption in hot weather. Sir Oakervee has served as Chair of Crossrail and HS2, and is a former President of the Institution of Civil Engineers.

Simon Lane, former Managing Director and CEO of railways in Melbourne and New South Wales respectively, will explore operational standards, policies and practices which could allow services to continue to operate safely and without highly limiting speed restrictions in extreme heat. Lane, who has experience in leadership roles in the UK and Singapore, has particular knowledge from his work in Australia not only of the challenges that railways face in very high temperatures, but also the challenge of running railways in a climate where there is a wide variation between the highest and coldest temperatures. Lane previously led a review for the Government of Victoria following a period of extreme weather in 2009.

Anthony Smith, Chief Executive of the independent UK transport watchdog Transport Focus, will examine how Network Rail communicates with passengers in the run-up to and during periods of extreme weather, as well as in its planning for disruptive events. Smith has more than 20 years’ experience leading Transport Focus as it took on representing bus and road users, as well as rail passengers. He has contributed to recommendations to the rail industry and the UK government on how the pandemic affected rail passengers and the Williams-Shapps rail reform whitepaper, amongst other topics.