With nearly 80 per cent of Brits living in the suburbs, the Urban Transport Group’s new report highlights that the decarbonisation of transport can only be possible when specific measures are formed to decarbonise transport in the suburbs. 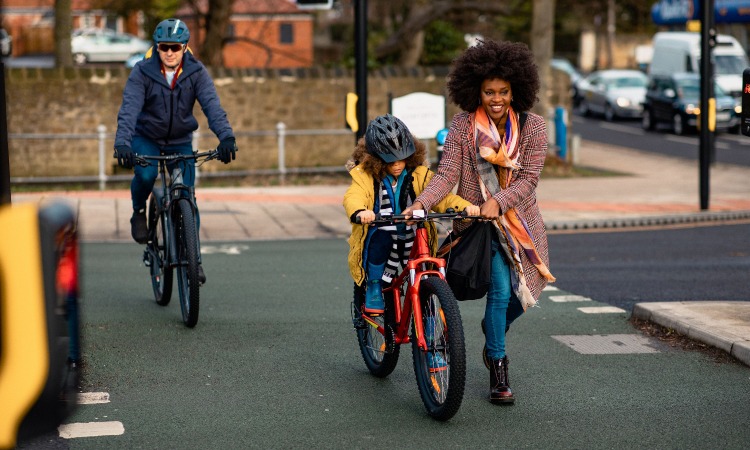 The Urban Transport Group (UTG) has released a new report which says that transport has a key role to play in shaping a new and sustainable era for the suburbs.

The report highlights that despite around 80 per cent of Britons living in suburbs, these areas are often neglected when it comes to transport planning. More broadly, given that they are where most citizens live, the report cites that there can be no decarbonisation of transport without specific measures to decarbonise transport in the suburbs.

The COVID-19 pandemic and climate crisis have provided an opportunity to take a fresh look at the suburbs – their transport challenges but also the transport solutions that will improve the quality of life for all suburban residents, whilst also tackling climate change.

The report presents four foundations of suburbs for a new era, which recognise the different journey types from, to and within suburbs, whether city commuters, homeworkers, school children, carers and so on.

Furthermore, the report outlines that suburbs for a new era should:

In addition to the four foundations, the report urges policy makers to join the dots between transport, the decarbonisation and adaptation of the suburbs more widely – from using community micro-grids to power homes and transport, to the integration of blue and green assets, like rain gardens and green roofs, into transport infrastructure.

The report – ‘The Good Life: The role of transport in shaping a new and sustainable era for suburbs‘ – also features a range of case studies highlighting how these foundations are already being supported.

Rebecca Fuller, Assistant Director at the Urban Transport Group, and author of the report, said: “The pandemic has forced us to move away from the idea that suburban transport is mostly about moving commuters in and out of town and city centres. The suburbs feature many more journey types, made by a diverse group of people, and these journeys now need to be made more sustainably in the face of the climate crisis. Far more attention needs to be made to suburban transport planning now than it has in the past. This report sets out the transport foundations for a new era for suburbs, and whilst it presents some potential solutions, it also aims to trigger wider debate about the role transport can play and the specific transport solutions that will help suburbs to thrive in a sustainable and equitable way.”