Once the acquisition is complete, VR Group will become a significant transport operator in Sweden, providing service to over 170 million of Arriva Sverige’s passengers per year and gaining over 3,000 new employees. 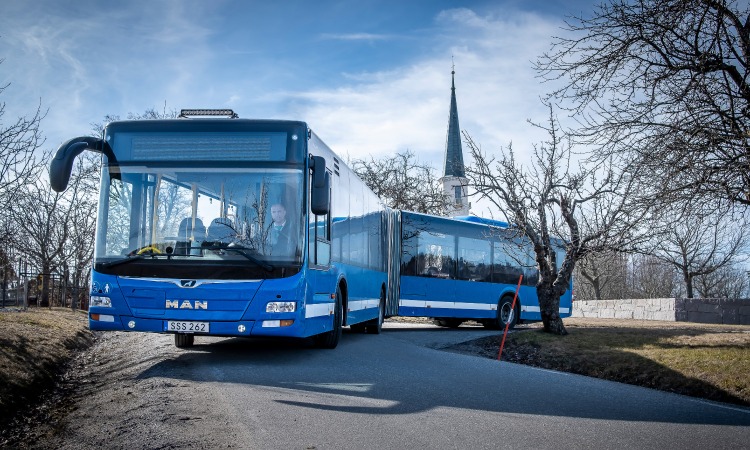 Sweden’s third largest train operator and fourth largest bus operator, Arriva Sverige operates urban transport in Stockholm and regional transport in south-eastern and southern Sweden. The company is a part of the pan-European passenger transport company Arriva Group, which is owned by Deutsche Bahn (DB). After the acquisition, the Swedish business will become an independent company under VR Group.

With the acquisition, the Finnish company aims to further grow in urban public transport and develop cleaner and more sustainable solutions for public transport in Sweden. Once the transaction is complete, the company will become a significant transport operator in Sweden, providing service to over 170 million of Arriva Sverige’s passengers per year. The acquisition also means around 3,800 new employees for VR Group.

“As a veteran in the transport business and a pioneer in climate-friendly commuting services, VR Group can provide Arriva Sverige with great growth opportunities. We look forward to the opportunity to utilise VR Group’s expertise and to developing our electric bus traffic together with VR Group,” said Johan Lindgren, CEO of Arriva Sverige.

VR Group has previously expanded its operations in city traffic in the Helsinki region and in Tampere, and its bus company Pohjolan Liikenne owns a total of over 185 electric buses across Finland. Thus, it also aims to invest in the electrification of bus traffic in Sweden.

Through the acquisition, the company will enter a tendering market that is multiple in size compared to Finland and growing, supported by population growth, urbanisation and significant public investments in infrastructure, rail traffic and public transport.

Arriva Group’s CEO, Mike Cooper, said: “A decision to sell our business in Sweden, whilst difficult to make, is part of our forward-looking strategy to manage a tighter portfolio and ensure that we maintain a strong and competitive business for the long-term. Today’s announcement is good news for our colleagues in Arriva Sweden. The agreement for VR Group to acquire the entire business, which includes two rail, three bus and two multimodal contracts with all colleagues – around 3,800 – transferring over on completion, will provide continuity and certainty for our Swedish colleagues, passengers and clients alike. Arriva Sweden has been part of the Arriva Group since 1999 and, in that time, has grown to become the fourth largest bus operator and third largest rail operator in the country. VR Group, in line with its current growth strategy, has ambitions to invest and grow operations in Sweden and further its market presence, and so this represents an exciting opportunity for the Swedish business.”

The transaction is expected to be complete in early July 2022 and will be subject to customary closing conditions, including, among others, approval by the Deutsche Bahn Supervisory Board and the German Federal Ministry for Digital and Transport.