As part of a scheme to deploy over 3,000 e-bikes across Dubai, RTA’s bike rental service has doubled to 1,750 bikes, making it the first completely pedal-assisted docked bike-share initiative in the world. 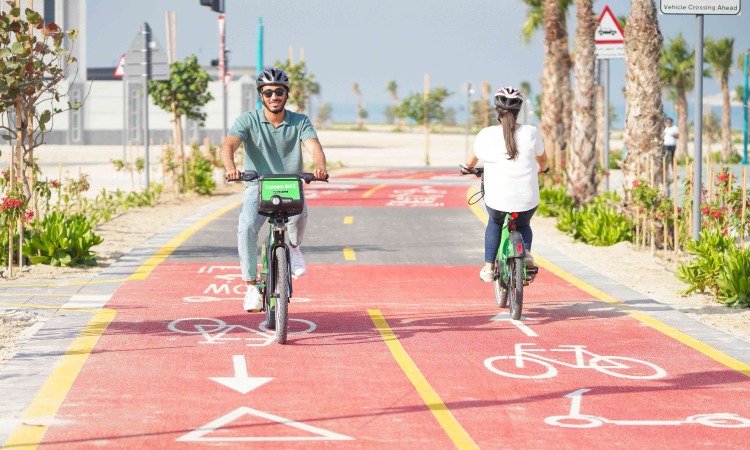 Dubai’s Roads and Transport Authority (RTA) has announced the launch of Phase 2 of its bike-share service, in partnership with Uber subsidiary Careem, by adding 950 pedal-assisted e-bikes and 95 stations. This brings the total number of bikes in the city to 1,750 bikes at 175 stations – making it the first completely pedal-assisted docked bike-share initiative in the world. This step is part of a multi-stage scheme to deploy 3,500 bikes at 350 docking stations across Dubai.

His Excellency Mattar Al Tayer, Director General and Chairman of the Board of Executive Directors of the Roads and Transport Authority expressed his delight with the growing habit of cycling as a sport and using bikes as an alternative and sustainable mean of mobility, which contributes to realising the first- and last-mile journey strategy.

The bike-share service advances the sustainability of Dubai and encourages residents and tourists to practice cycling on the 527km long cycling tracks spread all over the city. It also supports RTA’s effort in boosting the integration of mass transit means by promoting flexible car-free mobility trips, and safely integrating them with daily means of transportation.

Thus, it serves the overall objective of reducing the use of private vehicles and switching to the use of other more sustainable means of transportation. This step will support the Dubai government’s efforts to reduce the consumption of energy and pollution and provide a healthier and happier environment.

Careem uses smart systems for tracking and predicting high-occupancy areas and has also introduced solar-powered bicycle docking stations, with rentals managed via its app, enabling customers to unlock the bikes by scanning the QR code on the bike or entering the five-digit code from the app at the bike docking station.

RTA has set the speed limit of bicycles in the emirate at 30km/h on the designated cycling tracks for amateurs, and 20km/h on private tracks or tracks shared with pedestrians within urban areas. The speed is unspecified speed on training and professional tracks, such as Al Qudra Cycling Track, as part of RTA’s focus on the safety of pedestrians and cyclists.