The Scottish government has published a draft vision statement for electric vehicle charging, which includes a new public EV charging fund that will provide up to £60 million over the next four years. 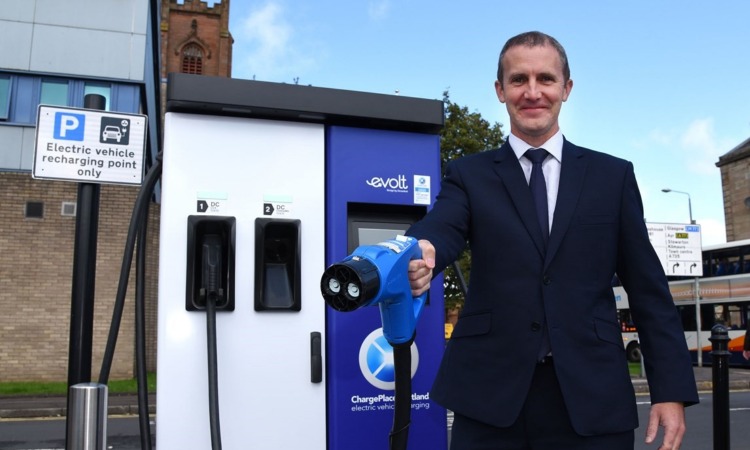 Transport Scotland has announced that the Scottish government has published a new draft vision statement for public electric vehicle (EV) charging in Scotland – placing people and businesses first. The vision outlines the accessible, affordable and reliable public network required for the future.

Building on existing provision and seeking to deliver more of the right chargers in the right places, a new public EV charging fund will be launched in Scotland and will provide up to £60 million to local authorities over the next four years. This step has the potential to double the size of the public charging network in Scotland, with approximately half of this funding anticipated to be invested from the private sector.

During a statement to the Scottish parliament, the Scottish Cabinet Secretary for Net Zero, Energy and Transport, Michael Matheson, introduced the new draft vision and explained how it relates to wider policies, including the commitment to reduce car kilometres travelled by 20 per cent by 2030. To speed up new strategies and to help to better identify charge point requirements across Scotland, he also announced £350,000 to support six pathfinder projects across Scotland.

The Cabinet Secretary for Net Zero, Energy and Transport in Scotland, Michael Matheson, said: “I’m pleased to outline a new vision for the public electric vehicle charging network. Even though we prioritise funding in active travel and sustainable public transport, cars and vans will still have a role to play, particularly in rural areas. To meet our climate targets, we need these vehicles to be electric, and so we require a seamless network of public electric vehicle chargers, that works for everyone, all of the time.”

“Our draft vision provides a clear picture of what electric vehicle charging networks must deliver for drivers across Scotland, and our priorities for achieving those changes.  We need a just transition, where accessibility, availability and reliability is key and where no one is left behind from the positive shift to zero emission transport system – including rural and island communities,” he added.

“We have invested over £50 million to create a network with over 2,100 public charge points across Scotland. With demand for electric vehicles rapidly increasing thanks to government incentives and support, public and private sector partnerships will now be key in attracting investment and scaling provision at pace. The £60 million Public Electric Vehicle Infrastructure Fund will draw in and smooth commercial investment so that the future charging network works for everyone, while, at the same time, potentially doubling the size of our public network here in Scotland,” Matheson concluded.

Neil Swanson from the Electric Vehicle Association Scotland added: “Electric vehicle drivers’ associations play an instrumental role in providing a support network for individuals using electric modes of transport and promoting the benefits of the electrification of transport for our environment, our health and our economy. We warmly welcome the publication of the draft vision that puts everyone front and centre of a public electric vehicle charging network that’s fit for the future. The network needs to continue to grow in a way that ensures no part of Scotland is left behind and we will continue to engage with government on how this draft vision can best be realised for the benefit of EV drivers across Scotland.”